The Mayo Clinic Team Science Award is in its second year. The award recognizes team science – the unique and valuable contributions of different insights, skill sets and complementary expertise without which the effort could not succeed. 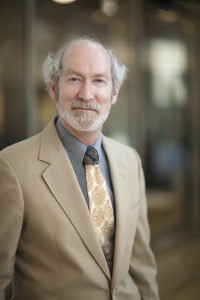 Scott Kaufmann, M.D., Ph.D., is chair of the Department of Molecular Pharmacology and Experimental Therapeutics. He is a consultant in the divisions of Oncology Research and Hematology in Rochester, a professor of medicine and pharmacology, and the Helen C. Levitt Professor. He is co-leader of the Developmental Therapeutics Program in the Mayo Clinic Cancer Center and principal investigator of the Mayo Clinic Specialized Program of Research Excellence (SPORE) in Ovarian Cancer. He also is associate director of the Medical Scientist Training Program.

He has published more than 300 peer-reviewed articles, several of which have been cited more than 1,000 times in medical literature. Dr. Kaufman has served as an editorial board member for five journals, reviewer for 70 journals and referee for grant selection committees of almost two dozen organizations.

Dr. Kaufmann is renowned for his investigations of cell pathways in cancer cells, and preclinical and clinical studies of novel treatments for ovarian cancer and acute leukemia. He is credited as co-inventor on eight issues or pending patents and five commercialized antibodies. 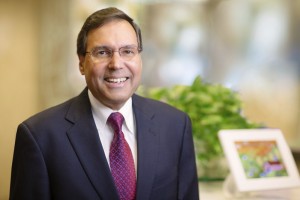 Karl Nath, M.B., Ch.B., is a consultant in the Division of Nephrology and Hypertension, Department of Internal Medicine in Rochester. He has a joint appointment in the Department of Physiology and Biomedical Engineering and is a professor of Medicine. He has served as program director for the Clinician Investigator Training Program for the past 15 years. He also is director of the Office of Research Public Affairs and medical editor of Discovery’s Edge, Mayo Clinic’s research magazine. He previously served as associate dean of research for Mayo Clinic Ventures.

Dr. Nath is editor-in-chief of the Journal of the American Society of Nephrology and has served three four-year terms on NIH study sections including two years as chair of the NIH Pathology A Study Section and as chair of the NIH Pathobiology of Kidney Disease Study Section. He is the recipient of an NIH Merit Award and was elected to the American Society for Clinical Investigation in 1994 and the Association of American Physicians in 1999.

He is recognized for his pioneering research in understanding the functional significance of the induction of the heme oxygenase-1 (HO-1) in the stressed kidney and vasculature, the basis for vasculopathy and nephropathy in sickle cell disease, and dysfunction and failure of the arteriovenous fistula used for dialysis vascular access. 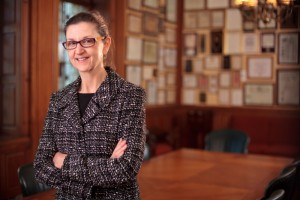 Margaret Redfield, M.D., is a consultant in the Division of Cardiovascular Diseases, Department of Internal Medicine, in Rochester, a professor of medicine, and the Walter and Leonore Annenberg Professor of Cardiology and Critical Care Medicine. She also is director of the Mayo Clinic Program in Circulatory Failure and co-director of the Cardiorenal Research Laboratory and the NIH Cardiovascular Training Grant at Mayo Clinic. She has served as a member and chair of study sections for the National Heart Lung and Blood Institute.

Dr. Redfield has been an elected member of the American Society for Clinical Investigation and Association of American Physicians. She has received awards including the Donald C. Balfour Award for Research, Outstanding Investigator Award from the Department of Internal Medicine and Department of Medicine Landmark Contribution to Literature Award. 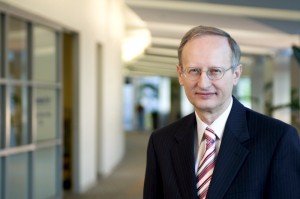 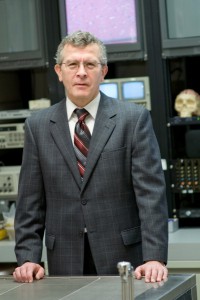 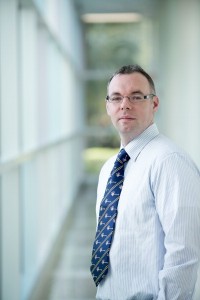 The Genetics of Parkinson’s Disease Team comprised of Zbigniew Wszolek, M.D., Dennis Dickson, M.D., and Owen Ross, Ph.D., was recognized for bringing together multidisciplinary expertise across clinical neurology, neuropathology and genetics on the Florida campus. For more than a decade, as part of the Mayo Clinic Morris K. Udall Center of Excellence in Parkinson’s Disease Research, their team has investigated genetic mutations that are associated with familial and sporadic forms of Parkinson’s disease and factors that may be protective against the disease.

The team’s discovery and characterization of variants of the LRRK2 gene in relation to Parkinson’s disease has resulted in greater understanding of the underlying biological mechanisms and improved diagnostics and clinical testing for Parkinson’s disease. The team was among the first to use whole-exome sequencing to identify disease-associated variants such as mutations in the VPS35 gene. They also identified genetic variants of CHCHD2 that are associated with Parkinson’s disease and Lewy body disorders – a study that was highlighted on the cover of the journal Neurology.