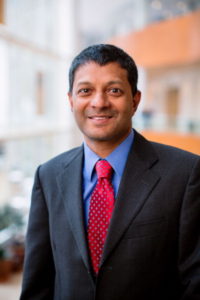 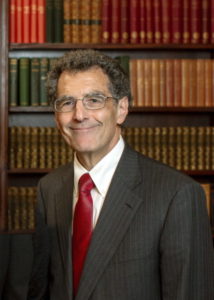 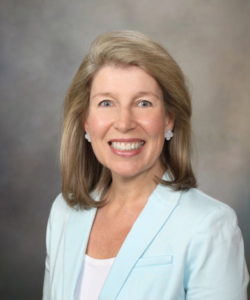 The Team Science Award recognizes team science: the unique and valuable contributions of different insights, skill sets, and complementary expertise, without which the effort could not succeed.

Vincent Rajkumar, M.D., is a consultant in the Division of Hematology, Department of Internal Medicine. He holds joint appointments in the Division of Hematopathology and the Department of Laboratory Medicine and Pathology. Dr. Rajkumar holds a named professorship in medicine as the Edward W. and Betty Knight Scripps Professor of Medicine and is a clinician investigator.

Peter C. Amadio, M.D., holds a number of leadership roles across Mayo’s three shields, including chair, of the division of Orthopedic Research; chief medical officer for the Office of Information Security; and deputy director of the Mayo Clinic Center for Military Medicine. He is also a professor of biomedical engineering and orthopedics within Mayo Clinic College of Medicine and Science and carries the Lloyd A. and Barbara A. Amundson Professor of Orthopedics and Biomedical Engineering named professorship.

Dr. Amadio is lauded by his colleagues for his determination to elevate patient care. “During his early career as a hand surgeon, he went above and beyond his full-time clinical commitment and found time to foster his long-term goal of building a successful research program. He always focuses on the problems and questions that he has encountered in clinical practice and brings them to the laboratories to find solutions,” said his colleague Chunfeng Zhao, M.D., in a written statement to the Distinguished Investigator selection committee.

Internationally renowned, Dr. Amadio’s contributions include clinical and biomechanical research on carpal instability, tendon repair, reconstruction and rehabilitation, nerve imaging, and the etiology and treatment of carpal tunnel syndrome. In addition, he has contributed novel insights in the field of hand and arm anatomy, particularly of the median and ulnar nerves.

“Peter’s research and clinical interests are parallel,” said his colleague Kai-Nan An, Ph.D., in a statement to the selection committee. “Pursuing his main clinical and research goal of improving outcomes after flexor tendon injuries, Peter chose a unique path in focusing on tendon lubrication and adhesion prevention. This led to 16 years of continuous NIH funding, which culminated in the development of a potential clinical treatment — a thin layer of biolubricant based on hyaluronic acid and collagen, which can be covalently bonded to the tendon gliding surface. To carry this into clinical practice, Peter is working with the Center for Regenerative Medicine and the Division of Engineering to manufacture the lubricant. He recently learned the Department of Defense will fund the final preclinical testing needed for FDA approval of a Phase 1 trial,” said Dr. An.

A prolific writer, Dr. Amadio has authored 17 books and nearly 400 peer-reviewed published articles. In 2014, one of his research publications received the Richard A. Brand Award for Outstanding Orthopaedic Research from the Association of Bone and Joint Surgeons and Orthopaedic Research Society. His colleagues shared that Dr. Amadio split the cash award that came with that honor in equal shares among his laboratory team members and gave each of them a plaque to share in the honor.

The Team Science Award is presented to a team whose research efforts have resulted in improved breast cancer screening and detection for patients with dense breast tissue.

The team pioneered the adaptation of a new semiconductor-based gamma detector initially developed for cardiac imaging to a dedicated breast imaging system for detection of breast cancer. Then the team obtained funding for and conducted the first molecular breast imaging (MBI) screening trial using this initial prototype. Subsequent iterations of the technology now allow MBI to be performed at a low radiation dose acceptable for routine use in clinical practice.

The team published results of two prospective screening trials comparing mammography to MBI in women with dense breasts. The findings demonstrated that MBI increases detection of breast cancer in this population by 363 percent. Essential to the success of this research and its translation into clinical practice was the multidisciplinary collaboration between medical physicists who directed the technological breakthroughs; breast imagers who established image interpretation and training, and integrated the technique into multimodality clinical use; and internists who communicated the impact of this technique and the study results to ordering providers and patients.

As a result of their research, the technology has been adopted by all Mayo Clinic campuses, including Mayo Clinic Health System, and is endorsed by Mayo’s Breast Cancer Disease Group as the primary option for supplemental breast cancer screening among women with dense breasts.