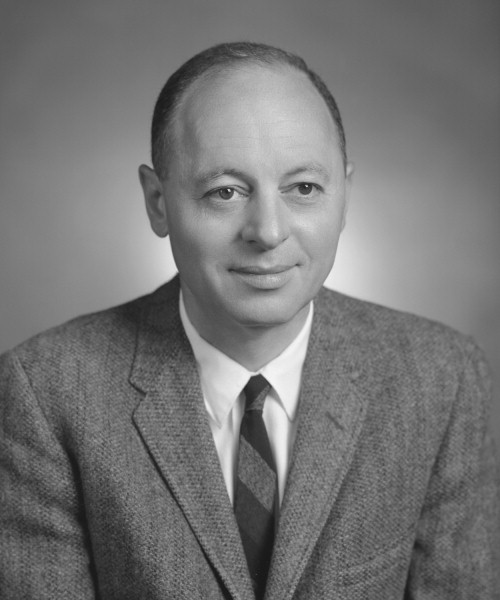 Alexander Albert, M.D., Ph.D. (PHYS ’49), received the first two external research grants at Mayo Clinic in 1957. The grants, from the Department of Health, Education and Welfare, were for projects entitled “Studies on the Pituitary Exophthalmogenic Hormone” and “Studies on Human Urinary Gonadotropin.”

With federal support, Dr. Albert’s next 15 years were spent in an exploration in the urinary gonadotropins of normal men and normal nonpregnant women.

Dr. Albert made contributions to endocrinology at basic and clinical levels including the development of methods of the biological assay of several hormones. He was among the first to use radioactive iodine to delineate thyroid function in man and experimental animals. He developed a procedure for the biological assay of gonadotropins that became the standard method used in diagnostic studies. He also was recognized as an authority on testicular histology.

Dr. Albert described his greatest sources of professional satisfaction as the pleasure of observing the intellectual growth of the 40 some Mayo fellows who survived his “obstacle course” to contribute to research projects and become his friends; and the enunciation of the fundamental requirements of a clinical assay (Laurentian Hormone Conference, 1955), which, although he was not a clinical pathologist, became the law of the clinical laboratory.

Originally from Spring Valley, New York, Dr. Albert received a bachelor’s degree from St. Stephen’s College at Columbia University in New York City; and received master’s, doctor of philosophy and medical degrees from Harvard University in Cambridge, Massachusetts. He completed a residency in surgery at Beth Israel Hospital in Boston, Massachusetts, and a research fellowship at Massachusetts General Hospital and Harvard Medical School.

Dr. Albert’s research was described in more than 200 papers published in scientific journals. He was editor-in-chief of Journal of Clinical Endocrinology and Metabolism. He served on the executive council and board of directors of the American Thyroid Association and was president from 1960 to 1961. He received the group’s Award of Merit in 1955 and Distinguished Service Award in 1963. He was president of the Endocrine Society from 1970 to 1971 and also served as a member of its executive council. He was chair of the National Institutes of Health’s Endocrinology Study Section from 1960 to 1963, chair of the Pituitary Hormone Distribution Committee from 1960 to 1969, and chair of the Committee on Standards from 1963 to 1969. He also was chair of the Committee on Gonadotropins from 1965 to 1969.