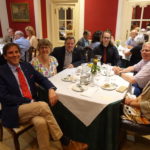 Chapter members gathered at the Grand Hotel Ferdinand for wiener schnitzel and conversation. For the first time in many years the group was honored by the attendance of Olga Juchems, whose late husband, Rudolf Juchems, M.D. (I ’61), was a founder of the German Speaking Chapter. Those events were sponsored by the Mayo Clinic Alumni Association, represented by Alumni Center Director Judith Anderson. 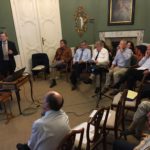 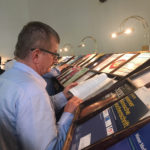