Mayo Clinic Board of Trustees news 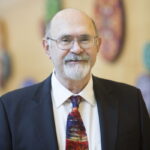