Mayo Clinic research has found that liver mesenchymal stromal cells may be of greater value than similar cells derived from adipose tissue or bone marrow.

Both types of cells are widely used in therapeutic trials for their anti-inflammatory qualities. The study finds that the liver cells have immunoregulatory qualities that make them more effective than the others. The liver cells could be valuable in treating diseases and conditions with underlying inflammation, such as organ rejection after transplantation, inflammatory bowel disease and other autoimmune disorders. 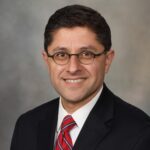 Because the liver is an immunologically active organ, liver transplant recipients require much lower doses of anti-rejection medications than patients receiving other organs. “We’ve been interested in this phenomenon for a while and have been studying the mechanisms of the liver’s tolerance-inducing properties in transplant recipients,” says Timucin Taner, M.D., Ph.D. (S ’10, TRANS ’12), Division of Transplantation Surgery at Mayo Clinic in Rochester. “In this research, we found that liver mesenchymal stromal cells were much more potent in their counterparts from other tissues in their ability to control immune responses, which may explain why liver transplants are better tolerated.”

It also may explain why the incidence of kidney rejection in patients who have a kidney-liver transplant is significantly lower than those of kidney-only transplant recipients. Similar results have been noted in other multiorgan transplants involving the liver, such as combined heart-liver transplants.