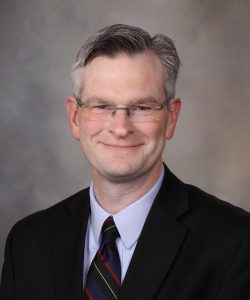 He received the award for a paper titled “Gowers and Osler: Good Friends ‘All Through,” which explores the friendship of neurologist William Gowers and internist William Osler, two of the most important physicians in the history of the 19th and early 20th centuries, according to Dr. Boes.

He also is a professor of neurology and associate professor of history of medicine at Mayo Clinic College of Medicine and Science.