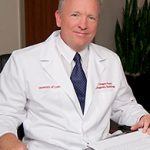 Gregory Postel, M.D. (R-NEU ’93), assumed the interim presidency of the University of Louisville in January 2017. He already was serving as interim executive vice president for Health Affairs since December 2015.

Dr. Postel has played a key role in the formation and governance of numerous Health Sciences Center entities including Passport Health Plan and Kentuckiana Medical Reciprocal Risk Retention Group. He was the principal investigator on an institutional grant to establish imaging research facilities at U of L. He is an active member of a number of academic societies including the American College of Radiology and Radiological Society of North America; was a board examiner for the American Board of Radiology; and is a graduate of the Academy of Radiology Leadership and Management.