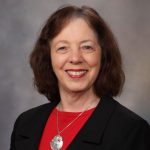 Dr. Kaur graduated from Augustana College in 1966. After teaching junior high science and working as a counselor in the Chicago suburbs, she went back to school and earned a medical degree.

As a medical oncologist, she has studied cancer among Native Americans, including the role of diet, exercise, smoking, alcohol and genetics. She also studies health similarities between U.S. tribes and countries including China and Africa. She’s a member of the Choctaw Tribe.

Dr. Kaur also is a professor of oncology in the Mayo Clinic College of Medicine and Science.