Julie Heimbach, M.D., is new chair of Division of Transplantation Surgery at Mayo Clinic in Rochester 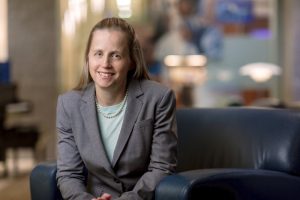 Dr. Heimbach serves on the board of directors for the United Network for Organ Sharing and is the incoming chair of its Liver-Intestine Committee. She also is on the governing board for the American Association for the Study of Liver Diseases (AASLD) and is an associate editor for the American Journal of Transplantation.

Dr. Heimbach joined the Mayo Clinic staff in 2004 after completing a fellowship in transplantation surgery at Mayo Clinic. She completed a residency in general surgery at the University of Colorado Health Sciences Center in Aurora. She earned her medical degree at the University of Minnesota Medical Center in Minneapolis and an undergraduate degree at Carleton College in Northfield, Minnesota.