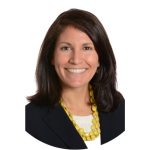 As the new deputy medical director for the Minnesota Department of Health, Malini DeSilva, M.D. (MED ’09), has had to hit the ground running. She assists with infectious disease outbreaks, including a recent measles outbreak in the Somali community in Minneapolis. She shares lessons learned from this and international disease outbreak experiences.

Tell us about the measles outbreak in Minnesota.

The outbreak, the largest in Minnesota since 1990, has been largely in the Somali population in Hennepin County (Minneapolis). An anti-vaccination group spread long-debunked disinformation about MMR vaccine and autism in the community, and it’s affected their willingness to vaccinate their children. Members of the Somali community are fearful, and their rates of MMR vaccination have dropped to about 42 percent among children age 2 and younger. Parents are deferring the initial vaccine until their children have begun talking and parents’ fear of their kids developing autism has subsided. By the time they reach grade school, their rates of having the MMR vaccine increase above 42 percent. Their rates of other vaccines are fairly on par with other groups — they’re not declining other vaccines.

Very importantly, the Minnesota Department of Health is working with the Somali community to promote awareness of the importance of vaccines and the safety of immunizations, and we’re partnering with respected members of their community to help get the message out. We stress that vaccines are carefully studied for effectiveness and safety and are one of the most effective ways to prevent certain infectious diseases.

The outbreak has spread outside of the Somali community and outside of the Twin Cities to other areas of the state with pockets of unvaccinated children. To date, 79 have been diagnosed with measles.

You took a year off from medical school to pursue a master’s degree in public health. Why did you want to do that?

I spent the year after college working on Los Angeles’ Skid Row as a case manager. I saw how many of the medical comorbidities of homeless people often stem from lack of housing and other social problems — not necessarily things that can be solved in a doctor’s office. I wanted to improve population health at a systemic level.

During the third year of medical school we had a three-month research block, and I spent two of the three months in Nigeria doing research at an HIV clinic. That experience made me realize I didn’t know much about research and wanted to get additional training, which I did during my MPH program at the University of Minnesota.

You were part of a volunteer team working on Ebola in Africa. Tell us about that.

I was part of an infection prevention and control team as part of the Centers for Disease Control and Prevention in Sierra Leone on two trips in 2014 and 2015 when I was working for the U.S. Public Health Service (part of the CDC). I hadn’t had experience working with so many international partners — Doctors Without Borders, American Red Cross, World Health Organization and others. The worldwide response was focused on this area of the world that had limited resources. For example, surgical gloves were in short supply and not consistently used prior to the Ebola crisis.

We assessed health care facilities in the area to make sure that appropriate triage was in place, the right steps were taken in isolation units and patient flow was consistent. We also facilitated expediting the transfer of patients and lab specimens to Ebola treatment centers. We educated health care teams about basic infection prevention and isolation precautions — trying to help them incorporate these measures into their daily work routines.

We worked with community groups to get buy-in and assist in communicating with people in areas where there was a lot of stigma against Ebola. Building relationships and partnerships was vitally important. It was a fascinating and challenging experience.

What other lessons have you learned from your roles in public health?

During residency I worked at a clinic that conducted the majority of new arrival refugee screenings in Ramsey County, Minnesota. That experience showed me that public health and clinical health aren’t separate issues but, instead, need to be even more closely aligned. We live in an integrated world, and infections don’t stay within political boundaries. Diseases that occur in other countries have become prevalent in certain populations within the U.S. We need to look through a global lens when thinking about epidemiology patterns in our patients’ countries of origin.

My experience in Sierra Leone amplified the need for good communication between public health and clinical settings. In the U.S. we have better working relationships between these two areas, but there’s still room for improvement. We’re lucky in Minnesota because there’s a strong awareness of public health work and how it affects the health of Minnesotans. Greater collaboration results in decreases in the incidence of infectious diseases.

Experience with the measles outbreak in the Somali community reiterated this lesson — that we need to work with the affected community and have messaging come from within it. As a provider you can give the information, but there are a lot of culturally held beliefs that we’re not aware of. We must partner with community members and their leaders and elders to understand cultural barriers and nuances and effectively communicate about public health. We also saw this with a multidrug-resistant tuberculosis outbreak in the Hmong community in Ramsey County.

Do you have any advice for medical students?

Know that there’s not just one career path in medicine. You can incorporate other fields. The medical work I do informs my public health work. If you have interests outside of a traditional medical career, you can make it happen.

In medical school I thought I’d work internationally, possibly with Doctors Without Borders or a large medical organization. After spending time in Nigeria, I realized that unless I planned to live outside of the U.S. for an extended period of time, I probably wouldn’t pursue a medical career overseas. I found that international medical work occurs on a daily basis in Minnesota because of the large refugee and immigrant populations. This area also lends itself to partnerships between public health and medicine and has been a very interesting area where I’ve been able to participate in a meaningful way.