James Donadio, M.D., publishes “From Mayo Clinic to Vietnam: Memoirs of a Physician Serving in the War” 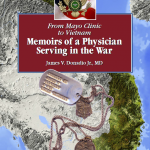 Dr. Donadio, now a retired Mayo Clinic nephrologist, had just completed his residency at Mayo Clinic in 1966 when he was drafted into the Vietnam War to supervise a renal intensive care unit. On his first day at the 3rd Field Hospital in Saigon, he treated the first patient in the war zone to receive hemodialysis. In addition to providing nephrology care, he also provided trauma care and treatment for tropical diseases. He spent one year in Vietnam and completed his military commitment at Walter Reed Army Medical Center in Washington, D.C. 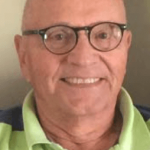