Jon Kerstetter, M.D., is author of “Crossings: A Doctor-Soldier’s Story” 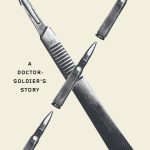 Jon Kerstetter, M.D. (MED ’88), is the author of “Crossings: A Doctor-Soldier’s Story,” which is now available in bookstores and on Amazon.

The book is described as the memoir of a Native American doctor on the trials of being a doctor-soldier in the Iraq War and his struggles to overcome the adversity after he has a stroke that changed his body, mind and identity. 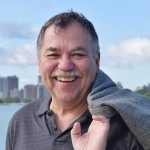 Dr. Kerstetter grew up on an Indian reservation. Driven by a desire to break free of society’s expectations, he pushed to graduate from college and earn advanced degrees in business and – at age 37 – medicine. The book explores his transformations – from civilian to doctor to soldier, from healer to killer and back, from doctor and soldier to stroke victim, and from stroke patient to writer.

After graduating from Mayo Clinic School of Medicine, Dr. Kerstetter practiced emergency medicine but soon felt it wasn’t enough. “Managing critical patients was my gift, and I loved it,” he says. “Practicing civilian emergency medicine had become stale and predictable. Military doctors are a rare breed of doctor, and that’s what I wanted to be.”

At 42, Dr. Kerstetter signed his application for the Iowa National Guard, eventually becoming a flight surgeon. His thirst for intensity led him to volunteer in war-torn Rwanda, Kosovo and Bosnia, culminating in three tours in Iraq at the height of the fighting. Those experiences are recounted in vivid details in “Crossings.”

At the peak of his military and medical career, Dr. Kerstetter had a stroke. Within hours, his life as a physician was over. He was left with serious cognitive and physical disabilities compounded by PTSD and excruciating pain. He began a painstaking, years-long recovery, which he chronicles in the book.

“While the physical struggle was immense, even more soul-crushing was the complete loss of my identity,” he says. “What if I was not a soldier and doctor? I felt I would have been better off dying in Iraq.”

Unable to come up with vocational rehab appropriate for Dr. Kerstetter’s background, his neuropsychologist suggested he try an experimental therapy – writing about his medical and war experiences as a way to help him order his thinking, reform vital brain connections and heal.

Dr. Kerstetter enrolled in a distance education program for a two-year MFA in creative nonfiction. His thesis became the initial framework of the book.

In the years since then, he refined, reworked and revised the book. Persistent cognitive deficits from his stroke forced him to write more than 100 drafts of a chapter to make sure it said what he wanted it to say.

“Through writing I have been able to accomplish exactly what I set out to do as a child – break the boundaries that tried to define me,” he says. “I’ve learned that my life is not so much the product of circumstances or limits, but the collective effort of pushing through the circumstances and lines that defy crossing.”