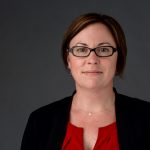 A paper written by Jamie Bakkum-Gamez, M.D.(OBG ’06, GYNO ’09), Sean Dowdy, M.D. (OBG ’01, GYNO ’04), Carrie Langstraat, M.D. (GYNO ’11), and others at Mayo Clinic in Rochester was selected for a 2016 Roy M. Pitkin Award, which honors departments of obstetrics and gynecology that promote and demonstrate excellence in research. 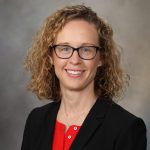 The winning article was “Using bundled interventions to reduce surgical site infection after major gynecologic cancer surgery,” and was published in Obstetrics & Gynecology. 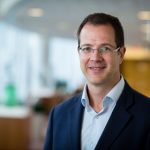 The Roy M. Pitkin Award was established in 1999 by the editorial board of Obstetrics & Gynecology and is jointly sponsored by the American Congress of Obstetricians and Gynecologists and Elsevier Science, Inc.

Drs. Bakkum-Gamez, Dowdy and Langstraat are in the Division of Gynecologic Oncology, Department of Obstetrics & Gynecology at Mayo Clinic in Rochester. Dr. Dowdy is the division chair.