Mayo Clinic Physicians Who Were Presidents of the American Gastroenterological Association

On May 20, 2015, it was my distinct honor to start a year as the 110th president of the American Gastroenterological Association (AGA), which was established in 1897. The first president of the AGA was Dr. C. G. Stockton from Buffalo, New York. This brief article reviews the formative years, education, training, the special activities in the AGA, and the major contributions to the fields of gastroenterology and hepatology of the seven prior AGA presidents who were Mayo Clinic physicians and held this position.

The table below lists the names and the years in which the Mayo Clinic physicians served as AGA president. 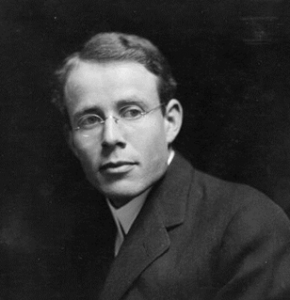 The Formative Years, Education and Appointment to Mayo Clinic

Walter Clement Alvarez was an American physician of Spanish descent. He was born in San Francisco, and spent his childhood in Hawaii where his father, Luis, was a government physician. He received his medical education at Stanford University, graduating in 1910. He worked in the lab of Walter B. Cannon from 1913 to 1915 (1), and subsequently practiced internal medicine in San Francisco and conducted research at the University of California, Berkeley. In 1926, he was appointed to the staff of Mayo Clinic and, in 1934, he became professor of medicine at the University of Minnesota (Mayo Foundation). In 1939, Alvarez was the physician who saw President John Fitzgerald Kennedy at Mayo Clinic.

From an original paper by Alvarez in 1915, he considered that both “irritating lesions also raise the local tone” and a change in patterns of contractions that impact transit, “factors such as differences in rhythm and irritability— play in altering the gradient of forces through the tract” (1). He studied the gradient of “irritability” of small intestinal muscle, reflecting the frequency and amplitude of contractions (2). Alvarez attributed the concept of “irritability” to altered contractions or motor activity. However, as a practicing gastroenterologist at Mayo Clinic, he was clearly aware of “mucous colitis or the syndrome of the sore bowel or the spastic colon”.

In a paper read at the Ontario Medical Association in Toronto in 1947, he stated:

“One of the commonest types of nervous indigestion is associated with a bowel that is sore much of the time. I say ‘bowel’ because the trouble is not limited to the colon. As is well known, in these cases the patient will from time to time pass considerable amounts of mucus in the stools. Such attacks are brought on commonly by nervous tension, an oncoming cold, or perhaps by constipation or the eating of some food to which the person is allergically sensitive. The great thing in handling these persons is not to reinforce their fear that there is something seriously wrong with the colon.” (3)

In an assessment of the autobiography, Dr. J.H. Raach describes as follows (9): “Dr. Alvarez has used the medium of autobiography with restraint, admirably recounting the events in a busy and full life. The story is told in a style that is lucid, concise, and chatty. Anyone having the privilege of knowing Dr. Alvarez could open the book to any page and, after a paragraph of reading, identify the author. Unlike so many autobiographies, it is not overloaded with the first person pronoun, nor is it limited to recounting events in the author’s life.” 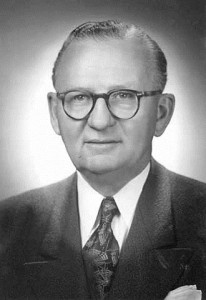 The Formative Years, Education and Appointment to Mayo Clinic

Bargen was secretary of the AGA from 1942 to 1947 and president in 1949. He was awarded the organization’s prestigious Julius Friedenwald Medal in 1967. 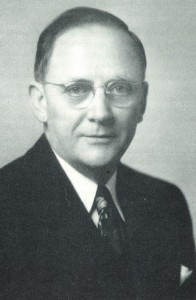 The Formative Years and Education and Appointment to Mayo Clinic

Mandred Whitset Comfort was born in 1894 in Hillsboro, Texas. He obtained a bachelor’s degree in 1916 from Austin College in Sherman, Texas and a doctor of medicine degree from University of Texas in 1921. He joined Mayo Clinic as a fellow in the Department of Neurology in 1923, and he graduated in 1926 with a master’s degree in neurology from the University of Minnesota. He became a consultant in the Department of Internal Medicine, associated with the Section of Gastroenterology, at Mayo Clinic in 1928 (24).

Mandred Comfort served as president of the AGA in 1957 and, unfortunately, passed away during his year as president.

Mandred Comfort is best known for his classic work on defining the manifestations of several pancreatic diseases, including:

He also described other diseases associated with malabsorption including non-tropical sprue and Whipple’s disease, and effects of gastric surgery on malabsorption (31-33). 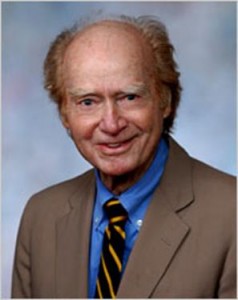 Hugh R. Butt was a Virginian of nine generations. The first Butts settled in Virginia in 1657. He studied medicine at the University of Virginia, began his research career as a medical student by quantitating creatinine excretion in children with muscular dystrophy, and graduated from medical school at the age of 23. After an internship in Pennsylvania, he entered fellowship training in medicine at Mayo Clinic, was chosen to be Dr. William J. Mayo’s first assistant. He completed a master’s thesis and then spent a year in full-time laboratory work with Ancel Keys, receiving systematic training in analytical biochemistry. Hugh Butt was inspired to excel in all that he did, inspired by the example from his father. As recorded by Dr. Alan Hofmann (34), “On one occasion, his father had led Hugh to the top of a hill overlooking a quarter mile athletic track and pointed to it. He said, ‘Son, that track is your life. Remember, you only go around it once. Run well, have a good time, enjoy the scenery-and win’.”

Service to AGA and other National Organizations

Hugh Butt was president of the AGA in 1960. He was awarded the organization’s Julius Friedenwald Medal in 1979. Hugh Butt joined Hans Popper, Jesse Bollman, and others in founding the American Association for the Study of Liver Disease, eventually serving as its president. In addition, as president of the American College of Physicians, he developed the idea of the self-assessment test (35,36). In recognition of this contribution, Hugh Butt was elected to the Royal College of Physicians in 1971 (34). 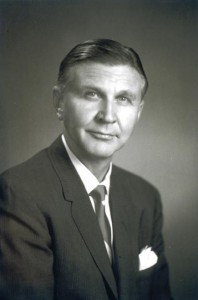 Like J. Arnold Bargen, Charles F. Code was taken to Mayo Clinic when he was a boy.  Code was taken from his native Winnipeg, Manitoba to be treated for poliomyelitis. He suffered from scarlet fever when he was 8 years old and contracted polio at 12 years of age. He wore a back brace and leg braces, eventually replaced by canes. He chose to focus a career on research because he was concerned that he would not be mobile enough to treat patients.

He joined Mayo Clinic as a clinical fellow in 1934 and, for years, he held retractors for Frank Mann in experimental surgery. After further training with Lovatt Evans and Sir Henry Dale at University College in London, England, he returned to Mayo Clinic and became professor of physiology at 36 years of age. He championed the easy flow of knowledge at Mayo Clinic from the basic science laboratory to the patient.

Apart from serving as president of the AGA, Charles F. Code was awarded the AGA’s Julius Friedenwald Medal in 1974. He served as mentor to many future leaders in the fields of gastroenterology, physiology, surgery and nutrition. It was stated that during the 1970s, most, if not all, of the academic chairs of departments of surgery in the United Kingdom had trained or been mentored by Charles Code.

Charles F. Code wrote more than 300 scientific papers (including 246 articles identified in PubMed) and edited the first Handbook of Physiology, published by the American Physiological Society.

In addition to firmly establishing the role of histamine in allergic reactions, paving the way to the development of antihistamines as mainstay treatments of allergies and, during World War II, leading a team of Mayo physiologists to find out why pilots blacked out during combat maneuvers and as a result developing the ”G” suit with pouches around the legs that could be filled with air on demand, thus preventing blood from pooling below the waist and allowing the pilot to remain conscious, Charles Code made several seminal contributions to the fields of gastroenterology and hepatology. 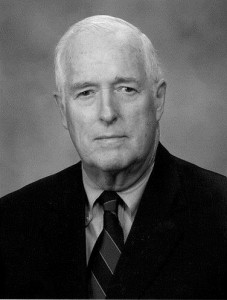 Douglas B. McGill was born in New York City in 1929, the only child of talented and successful parents. His mother had an early career in the theater and later became a writer of drama and poetry, as well as a published novelist. His father was a prominent radio director. McGill’s early education was in New York private schools, with secondary schooling at Phillips Andover Academy, and at Yale for premedicine (with special interests in psychology and political science) where he graduated in 1951. He then attended Tufts University School of Medicine in Boston, where his ancestor, Dr. Francis Henry Brown, had been a founder of Boston Children’s Hospital. After graduation in 1955, he pursued medical internship at Boston City Hospital (where he recalls receiving inspiration from Dr. Franz Inglefinger). After internship, he was called to active duty with the United States Army Medical Corps, spending the next two years in France. He then entered a gastroenterology fellowship at Mayo Clinic, and worked with Dr. Jesse Bollman on bilirubin chemistry and metabolism (54).

Service to the AGA and other Organizations

In addition to being president of the AGA in 1986, his AGA service started in 1973 when he served on the Education and Training Committee, followed by the Manpower Task Force, and the Legislative Liaison Committee. He served as councilor and member of the governing board.   He also served on numerous committees of the American College of Physicians, including the subcommittee responsible for the gastroenterology section of the Medical Knowledge Self-Assessment Program. 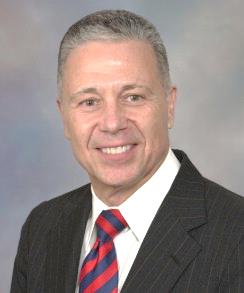 Nicholas F. LaRusso was born and raised in Brooklyn, New York and attended high school at Brooklyn Preparatory School. His leadership skills were apparent early in life as he excelled as the captain and quarterback of his high school football team. He learned how to pass the ball and delegate for success. After Brooklyn Preparatory School, he attended Boston College, graduating magna cum laude with a bachelor’s degree in biology. He graduated from New York Medical College in 1969, and then did a year of internship at Metropolitan Hospital Medical Center in New York City. Following medical residency and gastroenterology fellowship at Mayo Clinic, he was a guest investigator in the Department of Biochemical Cytology at Rockefeller University from 1975 to 1977 in the program of Dr. Christian de Duve. This completed his training to become a physician-scientist, a position he has held to the present at Mayo Clinic. He has also served as chair of the Division of Gastroenterology and Hepatology, and as chair of the Department of Medicine (61,62).

Service to AGA and other National Organizations

Nicholas LaRusso has served as editor of the premier medical journal Gastroenterology, as president of the AGA in 2007, and also as president of the American Association for the Study of Liver Disease. He has facilitated the organization of academic pursuits and innovative care delivery in gastroenterology and medicine. This initiative also led to important contributions to policy statements by the Institute of Medicine (63-65).