Mayo Clinic’s has recognized six recipients of Mayo Clinic named professorships — the highest academic distinction for faculty members at Mayo Clinic. These positions represent the pinnacle of medical achievement and excellence for Mayo Clinic physicians and scientists. A professorship signifies a staff member who fuels scientific discovery and invests in teaching and mentoring the next generation of leaders.

Endowed professorships, which are supported through philanthropy, allow Mayo Clinic to attract and retain the most sought-after, experienced scholars. Endowed funds ensure Mayo Clinic’s capacity to support the highest level of scientific leadership and speed the pace of research to solve unmet patient needs.

The professorship may bear the name of the benefactor or honor an individual who is important to the benefactor. Those who receive this honor are nominated by department leaders, selected by the Named Professorship Committee, and approved by the Mayo Clinic Board of Governors.

Dr. Abdel is the inaugural recipient of the Andrew A. and Mary S. Sugg Professorship in Orthopedic Research, which was established by the late Andrew Sugg of San Angelo, Texas, in appreciation for the quality and unique delivery of care he and his late wife received at Mayo Clinic.

Dr. Abdel is chair of the Division of Orthopedic Surgery Research and specializes in complex primary and revision total hip and total knee arthroplasties. He is the principal investigator of a National Institutes of Health R01 grant to study arthrofibrosis, and has authored almost 300 peer-reviewed publications and received numerous awards. He is a member of The Hip Society and The Knee Society and serves on the board of directors of the American Academy of Orthopaedic Surgeons.

Dr. Asirvatham is the inaugural recipient of the James M. and Lee S. Vann Professorship in Cardiovascular Diseases, which was established by James and Lee Vann, grateful patients from Highlands Ranch, Colorado.

Dr. Asirvatham is an internationally recognized expert in cardiac electrophysiology. His research efforts have been supported by more than a dozen completed grants and several active federal, industry and foundation grants. His work has resulted in eight U.S. patents and publication of several hundred peer-reviewed articles, abstracts, book chapters and commentaries in scientific journals. He also holds editorial responsibilities for several prominent scientific journals, and has received awards including the Mayo Clinic Distinguished Educator Award in 2014.

Dr. Josephs is the inaugural recipient of the Ani Professorship in Alzheimer’s Disease Research, which was established by an anonymous benefactor in honor of his late mother who suffered from Alzheimer’s disease and was a Mayo Clinic patient.

Dr. Josephs is the principal investigator or co-investigator of multiple NIH grants. He has given presentations on his work nationally and internationally, and authored over 500 journal articles, book chapters, abstracts and other written publications. His research focuses on the relationship between clinical diagnoses, neuroimaging, and the neuropathological underpinnings accounting for Alzheimer’s and other neurodegenerative diseases. He is a fellow of the American Neurological Association, and he received the Judson Darland Prize for Outstanding Research from the American Philosophical Society. 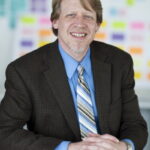 Dr. Knutson is the inaugural recipient of the Andrew A. and Mary S. Sugg Professorship in Cancer Research, which was established by the late Andrew Sugg of San Angelo, Texas, in appreciation for the quality and unique delivery of care he and his late wife received at Mayo Clinic.

Dr. Knutson is internationally recognized in the field of cancer immunology. His research focus is immunotherapy of breast and ovarian cancers ― both the basic immunobiology and clinical translation. He received the NIH Howard Temim Award and was recognized as a Komen Scholar by the Susan G. Komen for the Cure Foundation. In 2017, Dr. Knutson was Investigator of the Year at Mayo Clinic in Florida.

Dr. Lanzino received the Joseph I. and Barbara Ashkins Professorship in Surgery, which was established in 1986 by the late Dr. Joseph and Mrs. Barbara Ashkins, grateful patients from Dunedin, Florida.

Dr. Lanzino succeeds Kerry Olsen, M.D. (MED ’76, ENT ’81), who retired in December 2020. Dr. Lanzino specializes in the endovascular and surgical treatment of patients with cerebrovascular disorders. He has authored or co-authored more than 600 peer-reviewed publications, and he is the author of four textbooks. He is an internationally sought-after speaker and presenter, and he received Mayo Clinic’s Distinguished Clinician Award in 2014.