Rosa Rademakers, Ph.D. (NS ’07), and Leonard Petrucelli, Ph.D. (NSCI ’03), researchers in the Department of Neuroscience at Mayo Clinic in Florida, were among only 31 in the U.S. to receive new type of grant, the R35 grant, for outstanding research programs from the National Institutes of Neurologic Disease and Stroke. The R35 aims to maximize the scientific impact of innovative, high-risk discovery by investigators with proven track records. The funding supports at least half of their entire research programs for up to eight years.

Dr. Rademakers, the Mildred A. and Henry Uihlein, II Professor of Medical Research, will further her lab’s investigation of frontotemporal lobar degeneration (FTLD), which causes up to 20 percent of all dementias and is frequently misdiagnosed as Alzheimer’s disease. Her team previously identified two significant genetic mutations, accounting for almost half of familial FTLD worldwide, as well as a transmembrane protein that has a protective effect on carriers of one of the mutations. Upcoming studies will look for additional genetic mutations that cause the debilitating disease and will focus on opportunities to develop more accurate, earlier diagnosis and new targets for treatment. 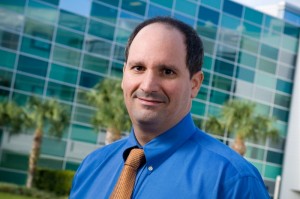 Dr. Petrucelli, the Ralph B. and Ruth K. Abrams Professor and chair of the Department of Neuroscience, will extend the strides his lab has made in studies of FTLD. His lab identified a new neuropathological hallmark specific to the most common known FTLD mutation. The team found the accumulation of errant repeat proteins associated with that mutation and began the steps of elucidating how the proteins contribute to disease. Those discoveries have led to promising therapeutic strategies and potential biomarkers for carriers of the mutation, as well as development of the first mouse model that displays both the neuropathological and clinical features of patients. The grant will enable his lab to pursue additional FTLD biomarkers and animal models relevant to other genetic mutations.