Memories from the class of ’76

Mayo Clinic’s first medical students arrived on campus in 1972. Class members shared memories from class of the class of ’76 in Mayo Clinic Alumni magazine and even more memories here. 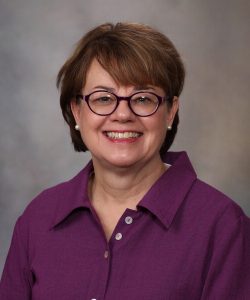 Thoughts about Mayo Clinic’s new medical school in 1972: “That first fall, they lectured to us from 8 a.m. to 5 p.m. in a room on the 14th floor of the Plummer Building or in Mann Hall. They were incredible lectures, but by Thanksgiving we were exhausted, and they sent us home with a take-home neurology quiz during our four days off. Things improved after Christmas when they began dividing us into groups of 10 as we learned the clinical aspects of illness and how it related to the fundamental basic science we were learning. The small groups were an excellent way to learn the material.

“The focus in the 1970s at Mayo Clinic was how to get more people into the small towns to practice – getting family practitioners in small communities. They made sure we did preceptorships away from the clinic in small practices in southeastern Minnesota.”

Fond memories: “We were a close class. To the extent we had any spare time, we usually spent it studying. There wasn’t much to do in Rochester back then. It had a population of only about 50,000. There was one movie theater, Michael’s restaurant and that’s about it. We started the annual talent show tradition, but that first year it was strictly about having fun performing, not about talent.” 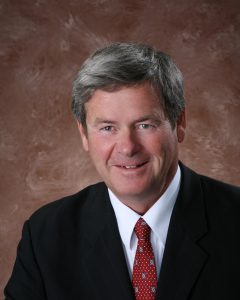 Thoughts about Mayo Clinic’s new medical school in 1972: “I’d been selected to join the University of Minnesota and Mayo Medical School classes. While the U of M would have provided me with great training, Mayo would create a world-class medical school, and it would be exciting to be part of the first class as the school formed and evolved. I thought it was the chance of a lifetime.

“The faculty physicians and scientists were used to specialty and subspecialty fellows but not medical students. They all had a great pioneering, open attitude toward us and tried very hard to be innovative and sincere teaching us and guiding us through the experience. Our early deans and administrators were so incredibly creative and enthusiastic about our new curriculum and how we would react to it and work with it. We received attention that we would never have received anywhere else.” 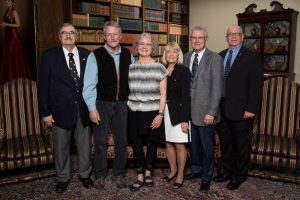 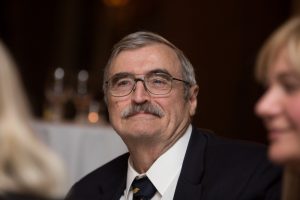 Thoughts about Mayo Clinic’s new medical school in 1972: “I returned from the Air Force with the GI bill and a working wife, so I resumed physics at the University of Minnesota – the shortest route to a bachelor’s degree before medical school. I was accepted at both the U of M and Mayo Medical School, and my wife, a nurse, recommended the latter.

I looked forward to helping build a new school and knew that, with Mayo’s reputation, even a first class would be outstanding.”

Fond memories: “I bought an ancient Chevy pickup truck, which was popular among my classmates, especially when they had to move. I just left the keys in the ashtray. Sometimes I’d find a Volkswagen or van parked where the truck had been. I’d pluck the keys from the ashtray and drive it a day or two. When the truck reappeared there might be a note in it, ‘Herb, the tank was full, but I added two quarts of oil.’ Or I’d find a six-pack of beer if the weather wasn’t freezing.” 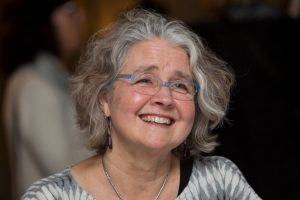 How she’d characterize the class: “Our class seemed very special. We were welcomed with open arms and treated royally. Maybe we were too pampered – we developed a bit of a reputation for rebelliousness. I thought this was natural, having come of age in the 1960s. I mostly remember being in awe of all the learning and knowledge that was at Mayo for our taking.”

Fond memories: “I remember so many experiences, diseases and cases from Mayo. I had a month in a thyroid clinic and felt that I saw everything remotely related to thyroids; a month in an adrenal clinic, where I felt that I saw every inborn error of metabolism known to man; a dermatology clinic with every rare disease you could imagine; a valvular heart disease clinic, and so on. It was like being a kid in a candy shop every day for an aspiring internist. And an internist I became.” 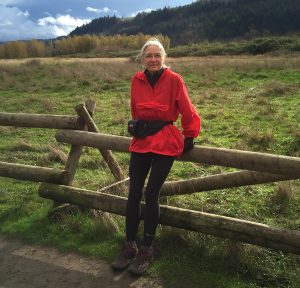 Thoughts about Mayo Clinic’s new medical school in 1972: “I visited Mayo’s medical museum in junior high, and it left an indelible impression. At the University of Minnesota, I knew other premed students who applied to Mayo and entered the first class.”

Fond memories: “We were divided into groups of four with a consultant advisor. Ours was Dr. Ken Berge (I ’55). He had a sailboat on Lake Pepin and took our group sailing every year. The Berges provided a fabulous picnic lunch, and we sailed from early afternoon until sunset. It was a wonderful, unique way to be together and share our thoughts on medical education.” 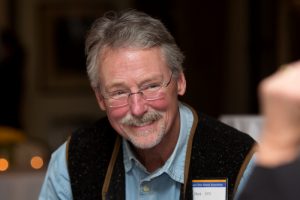 Fond memories: “In medical school, we lived in the gatekeeper’s/ gardener’s house – an old brick house near the gates to Mayowood.

“Many of us had long hair during the first year at Mayo. As a prank, Brad Bringgold cut his off and glued it to a piece of cardboard he fastened around his ears. It looked like a big beard. No teachers even noticed.

“I still remember my first patient write-up in 1973 and my teacher’s touching response. The patient had painless jaundice, a common presentation of pancreatic cancer. My teacher, Dr. Douglas McGill (I ’61), said, ‘A common tragedy: a good man with plus or minus six months to live, mostly miserable. You and your classmates get busy and find something better (for treatment) than we have now.’”

Story published at time of graduation in 1976: https://alumniassociation.mayo.edu/mayo-clinic-school-of-medicine-class-of-1976/

Update on the class of 1976, published in 1983: https://alumniassociation.mayo.edu/charter-class-update-first-mayo-medical-school-graduates/

Revisiting the class of 1976, published in 1993: https://alumniassociation.mayo.edu/revisiting-mayo-medical-class-1976/