Michael Powell elected to lead Mayo Clinic Board of Trustees 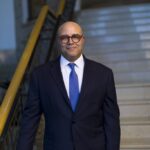 Michael Powell, the former Federal Communications Commission (FCC) chair who oversaw the rapid transformation of communications markets into the digital age, was elected chair of the Mayo Clinic Board of Trustees. He will serve a four-year term.

Powell joined the Mayo Clinic Board of Trustees in 2011 and has effectively led the board’s committees responsible for business development and information technology. He is president and CEO of The Internet & Television Association (NCTA), one of the largest trade associations in Washington, D.C. This association represents the communications and content industries.

Powell’s prior public service includes chief of staff of the Antitrust Division at the Department of Justice, policy adviser to the secretary of defense, and an armored cavalry officer in the U.S. Army. In the private sector, he practiced law and was a senior adviser in a private equity firm. Powell also served on the boards of Cisco Systems Inc. and AOL, and is a trustee of the National Archives Foundation. His nonprofit board service includes chair of the William & Mary Foundation board and America’s Promise Alliance, where he co-chairs the Grad Nation project, an effort to address the high school dropout crisis.

Powell replaces Sam Di Piazza, who joined the Mayo Board of Trustees in 2010, and was elected chair in 2014 and reelected for a second term in 2018. Di Piazza is the retired global CEO of PwC. He held multiple leadership positions during his 36-year career at the company, including chairman and senior partner, and member of the Global Leadership Team. He also was vice chairman of the Global Corporate and Investment Bank for Citigroup Inc.

During his tenure as board chair, Di Piazza increased the diversity and depth of talent on the board and helped guide Mayo Clinic’s:

The board also elected two internal trustees to four-year terms:

Rafael Fonseca, M.D. (HEMO ’98)
Dr. Fonseca specializes in the care and research of multiple myeloma and related conditions. Dr. Fonseca has served in many leadership capacities at Mayo Clinic, including associate director for the Center of Individualized Medicine, chair of the Department of Internal Medicine at Mayo Clinic in Arizona, as well as interim director of Mayo Clinic Cancer Center. He is a Mayo Clinic Distinguished Investigator, the highest academic distinction given to investigators at the institution. 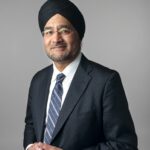 Charanjit Rihal, M.D. (I ’89, CV ’93)
Dr. Rihal is a board-certified cardiologist with subspecialty certification in interventional cardiology. Dr. Rihal specializes in seeing patients with complex heart disease, focusing on providing minimally invasive therapies for patients with valve and structural heart disease. He has pioneered and developed many of these procedures in collaboration with the team at Mayo Clinic. Dr. Rihal was director of the Cardiac Catheterization Laboratory from 2003 to 2010 and chair of the Department of Cardiovascular Medicine from 2010 to 2017. Dr. Rihal chairs the Personnel Committee at Mayo Clinic in Rochester.

The board recognized and honored two emeritus trustees:

Daniel Berry, M.D. (ADLT ’91)
Dr. Berry is the L.Z. Gund Professor of Orthopedic Surgery at Mayo Clinic. He joined the staff of Mayo Clinic in 1991 and chaired the Department of Orthopedic Surgery from 2005 to 2014. A highly successful inventor, he has also has published more than 230 peer-reviewed papers and 90 book chapters, and has edited nine books on hip and knee arthroplasty. 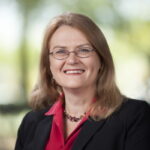 Lois Krahn, M.D. (MED ’89, P ’93, PCON ’94)
Dr. Krahn is a professor of psychiatry in Mayo Clinic College of Medicine and Science and holds a joint appointment in the Department of Psychiatry and Psychology and the Division of Pulmonary Medicine. Dr. Krahn has held several leadership positions at Mayo Clinic, including interim CEO of Mayo Clinic in Arizona. She has received numerous awards for her excellence in medical research and education.