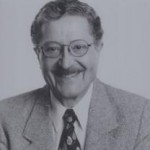 Andrew J. Weis, MD May 21, 1934 – June 3, 2016 San Diego Dr. Andy passed away with a smile and a vision to heaven after a long battle with Parkinson’s disease. He was born in Mt. Vernon, NY, and married Marianne Coletta while still at Fordham College. His career in medicine was theirs. They were married 60 years and had three sons: Andrew F. Weis, Michael P. Weis, and Peter J. Weis, MD. He received his MD degree in 1960 from Creighton University, and continued his medical training at Mayo and Cleveland Clinics.
In 1967, he joined Rees Steely Medical Clinic in San Diego as head of the Cardiology department. After ten years there he began his private practice with Marianne running the office. They were called “Ma & Pa” cardiology. They were quite a team.Then in 1994, his desire to become academic took them to the University of Nebraska where he taught and practiced clinical cardiology. It was special to him to lecture in Torino, Italy at the University. He shocked the audience by delivering the entire lecture in Italian.
He leaves his wife, Marianne; sons: Andy, Michael (Teri), and Peter (Leslie); seven grandchildren and one great-grandchild. His smile, wit, and “puns” will be dearly missed along with his “Frank Sinatra” voice and showmanship with the piano and trumpet. The funeral is at St. Brigid’s Parish, 4735 Cass St, San Diego, CA 92109, on June 25, 2016, at 10:30 AM.In lieu of flowers memorial donations can be mailed to: Boys Town of NE, PO Box 6000, Omaha, NE 68102, and The Nazareth House, 6333 Rancho Mission Rd, San Diego, CA 92108