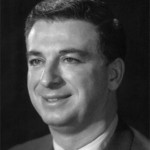 A renowned Mayo Clinic surgeon who was one of the nation’s first to specialize in pediatric orthopedics died Sunday at the Charter House in Rochester. He was 89.

Dr. Anthony J. Bianco Jr. served as a Mayo Clinic doctor from 1958 until his retirement in 1991. He co-founded the Pediatric Orthopedic Society of North America in 1971 and served as its president in 1983.

Bianco also served for eight years on Mayo Clinic’s Board of Governors and the Board of Trustees, while also serving as chairman of Mayo’s Orthopedics Department from 1982-1988. Another of Bianco’s claims to fame is that he once counted the grandson of Mayo Founder Charles Mayo as one of his medical assistants.

He was an avid researcher who is credited with writing more than 50 papers, but he also performed thousands of medical procedures to correct curvature of the spine, congenitally deformed hips, club feet and many other conditions.

A memorial service for the Duluth native is scheduled for 1:30 p.m. Monday at Charter House, where Josephine Bianco, his widow, still resides.