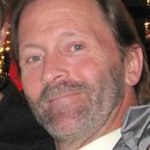 Barry Francis Scanlon was born in Rochester on Oct. 24, 1951, the third of five children of Dr. Paul W. and Jane M. Scanlon. He died Saturday, Aug. 13, 2016, in Gainesville, Fla., of injuries from a motor vehicle accident.

He grew up in Rochester and attended Mayo High School. He enjoyed amateur theater and music. He left high school early to enroll at the University of Minnesota, from which he graduated summa cum laude with a major in philosophy in 1973. He joined the second class of Mayo Medical School and received his MD degree in 1977. He served two years as a resident at Mayo Clinic before completing his residency in psychiatry at Emory University in 1980. He served one additional year as chief resident before beginning his solo practice of psychiatry in Atlanta, which he maintained to the present. He was beloved and admired by his patients.

A superb diagnostician, he was unafraid to question conventional wisdom. He was always an advocate for the underserved. He maintained board certification and a sub-specialty practice in forensic psychiatry, advocating for justice for prisoners with mental illness. He was supported throughout his career by his devoted office manager and close friend, Julie Howell, and her husband, the Rev. Dr. Jim Howell.

Barry was married in 1976 and divorced 10 years later. He had two adult sons, to whom he was a devoted and attentive father.

In addition to spending time with his sons and vacations with family, Barry loved cooking, music and cinema, as well as riding his motorcycle through the mountains of north Georgia and adjacent states. He loved repartee, had a wry sense of humor, and fierce political and social opinions. Barry survived a critical illness earlier this year and was recovering with the support of his family. Our hearts are broken by this tragedy.

He was preceded in death by his father, his brother, Michael, and his sister, Barbara.

A memorial Mass will be celebrated at 11 a.m. Saturday, Aug. 20, at the Chapel of Charter House in Rochester.

Memorial contributions may be made to Rochester Civic Theater or to Channel One Food Shelf, both in Rochester, or the Atlanta Humane Society in Atlanta.