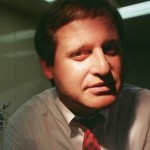 Dr. Bruce Hyma, the longtime director of the Miami-Dade Medical Examiner’s Office and a renown figure in the forensic pathology community, died Sunday after a three-year battle with cancer. He was 60.

His death saddened South Florida’s criminal-justice community, which relies on his office’s expertise to analyze bodies at crime scenes, perform autopsies in the morgue, analyze blood and other medical specimens and, in many cases, help bring killers to justice by testifying before judges and jurors.

“He was a wonderful leader and when he took the stand as an expert witness, the courtroom was spellbound by his depth and breadth of knowledge,” Miami-Dade State Attorney Katherine Fernandez Rundle said Sunday.

Hyma joined the office in 1987 under legendary Dade County Medical Examiner Joseph Davis, who turned the office into one of the most innovative in the world, known for ground-breaking research on cocaine deaths, drownings and car crashes.

The medical examiner’s office performs autopsies and investigates all unnatural deaths, and deaths unattended by doctors. The office works hand-in-hand with police and prosecutors as they investigate homicides.

The even-keeled Hyma was named to the post in 2001, and the office has continued as one of the most respected and cutting edge in the forensic-pathology community.

He created a “forensic evidence recovery team,” hiring in-house technicians to ensure bodies are transported from scenes properly and efficiently. Hyma had also been instrumental in studying and teaching pathologists and first responders about “excited delirium,” a brain condition that often leads people, particularly drug users, to rampage in public while their bodies overheat and their heart rate skyrockets.

Hyma’s office has also been on the forefront of identifying synthetic designer drugs that have proliferated in recent years, causing overdoses.

“He wanted to maintain the legacy of the office created by Dr. Joseph Davis and he certainly did that — and added his own legacy,” Deputy Medical Examiner Dr. Emma Lew said Sunday.

Said Mayor Carlos Gimenez: “It’s a great loss for Miami-Dade County. Dr. Hyma was an internationally recognized leader in the field of forensics. But most importantly, he was a good man who was loved and respected by all those who knew and worked with him.”

Hyma was born and raised in Muskegon, Michigan. Always interested in medicine, Hyma took a summer job in college at a hospital morgue, where a pathologist allowed him to participate in autopsies.

Hyma graduated with a biology degree from Calvin College, and completed medical school at Wayne State University. While doing his residency at the prestigious Mayo Clinic in Rochester, Minnesota, he worked at a nearby coroner’s office. There, he called Davis for advice on some cases, and the two struck up a friendship. Hyma eventually earned a coveted fellowship at the Miami-Dade County Medical Examiner’s Office and was soon hired full time.

He performed the autopsy on Lazaro “Baby Lollipops” Figueroa, the 3-year-old boy who was brutally tortured for months before his malnourished, battered body was found in the bushes of a Miami Beach home in 1990.

Former Miami Beach Detective Joe Matthews recalled that he and Hyma, at the autopsy, noted the boy weighed just 18 pounds. At the time, both men had young children.

“Both of us looked at each other and we both had tears in our eyes,” Matthews recalled Sunday, adding: “He was a real gentleman. A big loss to Dade County, and to the state.”

Hyma said in 2001 of the case: “Every time I discuss that investigation, it kind of chokes me up. I almost felt like it was one of my own family, because I felt like I knew him so well.”

His testimony was crucial in two trials for the boy’s mother, Ana Maria Cardona, who was twice convicted of murder and sentenced to Death Row each time.

He also testified at the 2008 trial of Michael Hernandez, the Southwood Middle student who stabbed his classmate, Jaime Gough, to death inside a campus bathroom.

Hyma was also an excellent administrator who was extremely active in forensic pathology associations across the country. For many years, he chaired Florida’s Medical Examiners’ Commission.

“Bruce was top notch. I don’t know a single person that didn’t like him and didn’t respect him,” said Dr. Jon Thogmartin, the medical examiner of Pasco and Pinellas counties who trained under Hyma in Miami in the mid-1990s. “He was the voice of a reason, a calming influence.”

Outside of his work, Hyma was an avid diver who loved to garden. His family recalled a patient father who loved to teach his kids math and science, and never missed their swim meets, cross-country races or tennis matches. Together, they often took diving trips to the Caribbean, and were very involved in their church.

“Every situation, whether school or athletics, was a teaching moment for him,” said his son, Christopher Hyma. “He always taught us the importance of working hard and doing our best.”

He is survived by his wife, Janet R. Hyma, children Andrea Wagoner, 33, Brandon Hyma, 33, and Christopher Hyma, 26, and two grandchildren, Jackson and Jacey Wagoner, ages 6 and 4.

Originally published in the Miami Herald.