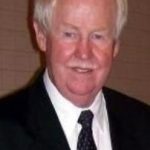 Charles Orel Thoen was born December 18, 1936, in Harmony, Minnesota to Carl and Brominnie Thoen. He grew up and was educated in Harmony. Charles received his Bachelor of Science in Biology and Doctor of Veterinary Medicine degrees from the University of Minnesota before receiving his Doctor of Philosophy from the Mayo Graduate School of Medicine in Rochester, Minnesota. Charles was married and had two children, Tyler and Tricia. The family moved to Ames where Charles did research for the U.S. Department of Agriculture before becoming a Professor in the Department of Veterinary Microbiology and Preventative Medicine at Iowa State University in 1978, where he was currently still working.

In his time with Iowa State University, Dr. Thoen has received many distinguished honors and awards, He was invited to the annual convention of the American Veterinary Medical Association where he received the James H. Steele Gold Head Cane Award for his achievements in 2009. He authored or co-authored over 130 publications on mycobacteria and mycobacterial diseases, along with textbooks that have been used for teaching; along with being a Honorary Diplomate of the American Veterinary Epidemiology Society. Dr. Thoen also served on many councils and committees throughout his career, serving as the Department Chair of the Veterinary Microbiology, College of Veterinary Medicine at ISU from 1997 to 2001.

Charles was a member of Memorial Lutheran Church in Ames. He enjoyed many outdoor activities, including golfing and being on the farm. He also liked to attend ISU basketball games at Hilton and any of his grandchildren’s events they had going on.

Charles is survived by his two children: Tyler (Kim) Thoen of Ames, Iowa and Tricia (Rodney) Biensen of Nevada, Iowa; he is also survived by his grandchildren: Justin, Taylor, Olivia, Natalie and Jordan Thoen and Leah, Caleb and Luke Biensen. Charles is preceded in death by his parents, a brother and sister and his female companion, Martha.

Online condolences and memories may be shared on Charles’ page at www.stevensmemorialchapel.com.