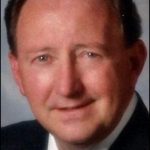 Dr. Barbee was born on July 2, 1939, in Hugo, Okla., to Thelma Rae (Hendrix) Barbee and Charles Walker Barbee, Sr. He was reared in Antlers, Okla., where he grew up with his childhood sweetheart and love of his life, Pattye Lee Perryman.

Dr. Barbee was an all-district and all-conference football player. He was the Oklahoma state champion baritone player and was selected to attend Oklahoma Boys State. He and Pattye graduated from Antlers High School together. Dr. Barbee moved to Norman, Okla., to attend the University of Oklahoma. While attending college, he and Pattye married on Jan. 30, 1960. They celebrated their 56th wedding anniversary this year.

He received his Doctor of Medicine (M.D.) degree, graduating in 1965, from the University of Oklahoma College of Medicine in Oklahoma City, Okla.

Upon completion of his internship, Dr. Barbee was accepted into the residency program for general surgery at the Mayo Clinic in Rochester, Minn.

Dr. Barbee was drafted, via service deferment until completing his residency, into the U.S. Army. He served in the U.S. Army Medical Corp as a Major and Chief of Surgery in Fort Stewart, Ga., and Colorado Springs, Colo., from 1970 to 1972.

Dr. Barbee was double-board certified in general surgery and vascular surgery by the American Board of Surgery. He received his certification in endovascular surgery from the Dorros Feuer Foundation in Milwaukee, Wis., and he was licensed to practice medicine in five other states: Oklahoma, Minnesota, California, Colorado and Georgia.

He was a founding member of Boone Clinic on Keene Street in Columbia, Mo. He and a number of prominent physicians in Columbia also founded and established Missouri Cardiovascular & Thoracic Surgeons (MCTS), a group of surgeons and cardiologists concentrating on open-heart bypass surgeries and a variety of vascular surgeries. Dr. Barbee was president of MCTS and was on the team that performed the first open-heart surgical procedure in Columbia at Boone County Hospital. He was a founding member of the Missouri Heart Institute and served on its Board of Directors.

Dr. Barbee established the vascular testing lab at Boone County Hospital and was its original medical director. He was the editor of the Boone Clinic Bulletin. He was a representative of the Boone County Chapter of Blood Services Committee to the Missouri & Illinois Blood Services. And he was a member on the following Boone County Hospital committees: Cardiac rehabilitation, transfusion (Chairman), cardiopulmonary care, laser, continuing medical education (CME) and credentials (Chairman).

He served as councilor on the Hospital/Medical Staff Section with the Missouri State Medical Society. He was a clinical consultant with Atrium Company and IMPRA (n.k.a., Bard). And, he was a founding member and board of directors member of the Central Missouri Physicians and Surgeons Association, as well as serving as secretary and chairman of its credentials committee.

Although health issues prevented Dr. Barbee from performing surgical procedures, his wealth of medical knowledge and continued interest in staying on top of the advances in medicine led him to become involved with the Board of Healing Arts in Jefferson City until the time of his death.

Dr. Barbee was an active alumnus of the University of Oklahoma and its athletic department and also a proud supporter of the University of Missouri’s athletic department, holding season tickets for both basketball and football for more than 20 years. He was a Very Distinguished Fellow of the Jefferson Club, a member and tennis committee member of the Country Club of Missouri, a member of Columbia Country Club, University Club and Rotary Club.

Originally published in the Columbia Tribune.