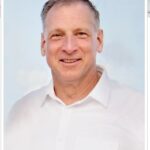 Gary was born December 15, 1961, in Brigham City, Utah, to Newell R Walker and Caroll Kay Lindsay Walker. He grew up in Idaho Falls and graduated from Idaho Falls High School. He spent his time playing basketball, working at the family restaurant–The Gangplank, and making his parents regret buying him a drum set. He served a mission for The Church of Jesus Christ of Latter-day Saints in Osaka, Japan, where he taught others about Jesus Christ, learned the language, and developed a love for Japanese cuisine that would become a beloved tradition of his future family.

Gary attended Utah State University. While playing on the men’s basketball team, he met Kimberly Susan Clow, who played on the women’s basketball team. He told anyone who listened that he fell in love as soon as he saw her jump shot. On their first date, they drove to Yellowstone National Park in Gary’s Mach 1. He serenaded Kimberly with Earth Wind & Fire at the top of his lungs for the entire drive. It was the beginning of an enduring love story. Gary and Kimberly were married on December 19, 1984, in the Salt Lake City Temple.

Gary attended The University of Washington School of Medicine. He completed his Residency at the Mayo Clinic in Rochester, Minnesota. During this time, Gary and Kimberly started their family. Gary would do anything for them, from collecting and selling earthworms for fishing bait, taste testing at Denny’s, moonlighting at regional hospitals, and selling his bone marrow (in order to surprise Kimberly with a 10-speed bicycle for Christmas).

The family made their home in Idaho Falls, Idaho. Through the years, Gary coached sports, learned how to braid hair, and helped with science projects the night before they were due. He was his children’s biggest fan and never missed a performance, game, or big moment. He was never more than a phone call away and would do anything to bring joy to his friends and family. They were the love and light of his life.

Gary worked as a physician with his brother Dr. Eric Walker at their practice, Walker Spine and Sports. He could be spotted wandering the halls, Dictaphone and chart in hand, a blue pen in his pocket, and a sports novelty tie around his neck. Gary adored his patients and went above and beyond to care for them. Despite his busy schedule, he always found time, usually on his lunch break, to “squeeze” someone in.

He was an enthusiastic member of The Church of Jesus Christ of Latter-day Saints. He threw himself into his church responsibilities, whether it was teaching primary kids, or serving in the Idaho Falls Mission Presidency with Kimberly. Gary maximized his limited spare time. He loved cycling hundreds of miles, golfing 36 holes in a day (ideally doing both in the same day), dreaming up new business ventures, planning trips, listening to music as loud as possible and drumming on the dashboard, taking thousands of photos, plowing the driveway in his Carhartt coveralls, and sitting in the hot tub until he was late for meetings. Gary was known for always having a tin of mints in his pocket, which he shared with everyone he met. One of the hallmarks of his life was his genuine interest in and love of others. Service was at the heart of everything Gary did. In stature and spirit, he was larger than life. He will be missed every moment of every day.

He was preceded in death by his son, James Curtis Walker; and his father, Newell Walker.