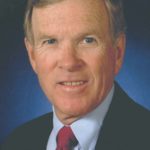 A native of Billings, Dave graduated from dental school at the University of Washington. From 1969 to 1972, he served in Germany as a Captain in the Army. Dave then completed his specialty training in periodontics at the Mayo Clinic before returning to Billings with his family. Dave served on the boards of numerous organizations, including St. John’s Lutheran Ministries and Eagle Mount, and was an active member of Kiwanis.

Memorial donations in memory of Dave can be made to St. John’s Lutheran Ministries, 3940 Rimrock Road, Billings, MT 59102.

Condolences may be made at www.michelottisawyers.com.