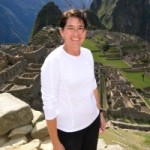 Deb graduated from Edina West High School in 1979 received a bachelor of arts in philosopy from the University of California, San Diego in 1984. She returned to Minnesota for medical school and was awarded a degree from the Mayo Medical School (Rochester) in 1989, followed by a residency in clinical pathology at the Mayo Graduate School of Medicine and a fellowship in blood banking.

After her medical training, Deb continued her education, earning a masters degree in business administration from the University of St. Thomas Graduate School of Business in Minneapolis. A board certified pathologist, Deb served professionally at the San Diego Blood Bank: United Blood Services in Scottsdale, Arizona; the American Red Cross in St. Paul, Minnesota; and the Stanford Blood Center in Palo Alto, California.

Originally published in the Star Tribune.