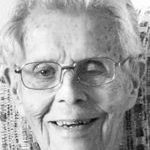 He was an influential leader of the medical community in Wyoming and a creative innovator in the practice and business of medicine. He was thoughtful, warm and giving as a husband, father and friend.  He will be greatly missed.

Don was born Nov. 20, 1927, in Wheatland to Donald Evan and Magda Bothen Hunton. He was valedictorian of his high school class and graduated first in the class of 1950 from the University of Wyoming where he majored in zoology with a pre-medical focus. He received his M.D. from the University of Rochester (N.Y.) School of Medicine and Dentistry in 1954 and completed his residency at the Mayo Clinic.

He returned to Cheyenne in 1961 to join Dr. David Flett in practice. He was a founding partner of the Internal Medicine Group where he specialized in gastroenterology until his retirement in 1992. He devoted his life to the care of patients and was a leader, innovator and provocateur who challenged fellow physicians to reach out on behalf of their patients and healthcare in Wyoming.

Dr. Hunton also supported the medical community in Wyoming by serving on the State Board of Medicine and the State Pharmacy Board. He acted as president of the Wyoming State Medical Society and later medical director of WinHealth Partners. In addition, he was a leading force in establishing Wyoming’s Chapter of the American College of Physicians (ACP). In 2015 he was selected by his peers to receive the ACP’s Legacy Award, recognizing him as the one ACP physician in the state who had best supported the organization’s mission during its 100-year history.

Outside of his profession, Don was an avid gardener and landscaper, growing flowers and vegetables in profusion. He was an accomplished woodworker and his elegant pieces of furniture are among his lasting legacies. He played trumpet in the Cheyenne Symphony and was an excellent pianist. In later years, he made many beautiful latch-hook rugs. He and Jean dearly loved to travel with friends and family. He was a devoted member of Cheyenne Rotary and the Young Men’s Literary Club of Cheyenne. He also enjoyed cooking and invited friends to dinner parties up until very recently, even though it was a supreme effort for him to do so. He, with Jean, lived life to the absolute fullest.

Don is survived by his son, Don (Nancy) of Acton, Mass.; his daughter, Jan (Betsy Peregoy) of Minneapolis; his grandsons, Daniel and Emerson; and his sister, Pattie Joder of Cheyenne.

A memorial service will be at 3 p.m. May 27 at St. Mark’s Episcopal Church, 1908 Central Ave., Cheyenne. A reception will follow. Interment will be private.

Please send cards to Schrader, Aragon and Jacoby Funeral Home, 2222 Russell Ave., Cheyenne, WY 82001, where they will be held for the family. In lieu of flowers, those who wish may contribute to the Cheyenne Symphony Foundation or the University of Wyoming Foundation’s Jean Hunton Memorial Scholarship Endowment.