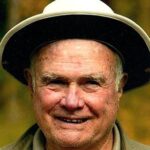 Donald Dewey Layton Jr. 92, died March 8, 2020, at Charter House. He was in hospice care after a diagnosis of acute myeloid leukemia.

Don was born Nov. 13, 1927, to Donald Dewey and Eleanor (Beatty) Layton in Wichita Falls, Texas. He grew up in and around Oklahoma City. At age 17, he joined the Army, where he served stateside. He attended Oberlin College with support from the GI Bill and graduated in 1950. At Oberlin, Don met Phyllis Dodge, whom he married July 14, 1951, in Glencoe, Ill. Don and Phyllis were married 67 years and had three children.

Don earned his M.D. degree at the University of Oklahoma and became a certified neurologist after internship and residency at Presbyterian-St. Luke’s Hospital in Chicago. Don studied at the National Hospital Queen Square London on a Fulbright Scholarship in 1957-1958.

In 1961, Dr. Layton came to Mayo as a visiting physician in the neurophysiology/EMG laboratory of Dr. Edward Lambert. He was invited to return on staff later in 1961. At Mayo, in addition to loving patient care, he soon became involved with ethical, societal, cultural and community issues. He was the first chairperson of the Mayo Ethics committee. He coordinated a program called “Human values in medicine” for medical students in all classes. He was chairperson of the “Brain Tumor Study Group,” which in time led to Mayo’s outstanding Neuro-oncology division. He was a member of Mary Martin’s Enrichment Program and became the first leader of the Humanities in Medicine functions at Mayo. An enduring source of joy was his role in dealing with services assignments of not only neurology residents but those from other specialties rotating through.

Don and Phyllis enjoyed people and made friends around the world. They traveled to all parts of the world and often visited friends or friends of friends on their travels. They hosted several foreign students who became part of the family.

Don was very active in the community. He was a long-time active member of the Unitarian Universalist church, stepping into leadership roles many times. He served in leadership roles with the DFL, Planned Parenthood, RCTC Foundation and Prostate Pals, among others. He has enjoyed music and theater and always had season tickets. He sponsored two chairs at the Rochester Symphony Orchestra.

Don also very much loved his country home, which he had built 50 years ago. He enjoyed gardening, mowing, chain sawing, building fires and spending time outdoors. He also enjoyed playing golf with family and friends and was a member at RGCC for well over 50 years. He was a dedicated sports fan, especially following Oklahoma football, the Vikings, the Twins and his favorite PGA golfers.

Family was very important to Don. He said his favorite sport was “kid watching.” He is survived by his three children, Ellie Layton, Cindy (David) Rosenbloom, and Greg (Donna) Layton; and four grandchildren, Adam (Moira) and Bill Rosenbloom and Makena and Kyra Layton. Don’s older sister, Barbara Kleinman, also survives. He was preceded in death by Phyllis and his younger sister, Eileen Deister.

A celebration of Don’s life had been planned at the UU Church, but the family has decided to delay that celebration until such time hugs of friends is OK again.