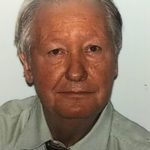 Donald received a Bachelor of Arts Degree from Florida State University, and earned his Doctor of Medicine Degree from Wake Forest Medical School. He completed his residency in Internal Medicine at the University of Alabama Medical Center and his fellowship in Rheumatology at the Mayo Clinic in Rochester, Minnesota.

He honorably served our country in the United States Air Force, where he was Chief of Internal Medicine, and attained the rank of Major. He received the Paul Harris Fellow award through Rotary Club 99.

Donald had been in private practice since 1977, and was Board Certified in Internal Medicine and Rheumatology. He was a founding Fellow in the American College of Rheumatology and the author of several medical publications.

Donald loved to cook and enjoyed fine wines. His music collection was impressive, he was an avid fan of the New York Yankees, and a member of the Oaklawn Jockey club – he loved the horse races. He was very intelligent and would give anyone a run for their money when it came to trivia!

He is survived by his wife, Annette and his four grown children, son Dana Leonard and wife Shelly, of Florida, daughter Laura Adams and husband Ty, of Fort Smith, daughter Sara Berryman and husband Will, of Little Rock, and son Gerimiah Leonard, of Little Rock. He is also survived by his brother Rex Jr. of Boise, seven grand children, 3 adult step children, and four step grand children.

Donald was lovingly remembered in a private family service.  Cremation arrangements are under the direction of Cremation Services of Arkansas (501)313-5431.