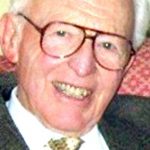 Obituary courtesy of The State