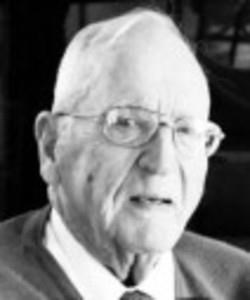 February 10, 1922 – May 1, 2020 Fred Z. Havens, Jr. passed away on May 1, 2020 at the age of 98 in Riverside, California where he lived for 67 years. Fred was born in Milwaukee, Wisconsin on February 10, 1922 to Dr. Fred Z. Havens, Sr. and Clara Hazel (Reed) Havens. As a young child, Fred and his parents moved to Rochester, Minnesota where soon his sister Harriet was born and where his father practiced medicine at the Mayo Clinic. He attended college and medical school at the University of Minnesota and received his M.D. degree at the age of 23. He was an active member of Psi Upsilon fraternity and completed his internship and residency at Saint Luke’s in Chicago. The second World War had begun by this time and he joined the Navy and served for nearly two years at the American Consulate in Shanghai, China as Lieutenant JG followed by several years post-war in the reserves. Upon his return to the States he completed specialty training in Internal Medicine and earned an M.S. Degree in Hematology from the University of Minnesota. Like his father, he began practicing medicine at the Mayo Clinic where he also met his future wife, Barbara. Yet, the long cold midwestern winters and a desire to use his talents in a new setting drew him west. So, in 1953 he packed his car and drove his wife, newborn and their cat Pogo to Riverside, California. There he joined the Riverside Medical Clinic with some of his Mayo colleagues and became the eighth physician to join the staff, first in the Mission Inn Rotunda and then at a new Clinic building on Arlington Avenue. Fred dedicated 55 years of medical service to the community until retiring at age 86. During those years, he was both a committed advocate for public health and an empathetic country doctor who made house calls for those who couldn’t make it to his office for treatment, often with his wife or one of his children in tow. In his early years, he also trained interns at Riverside General Hospital. He served on the Clinic Board of Directors, was President of the Heart Association and Co-Director of the Substance Abuse Treatment Center at Knollwood Hospital. As a member of the Clinical Faculty of Medical Geosciences, he later taught pre-med students at UCR how to successfully diagnose and treat their future patients. Modest and humble by nature, he was an undeniably brilliant diagnostician and enjoyed the challenge of solving complicated and vexing problems. When he wasn’t practicing medicine, Fred’s favorite pastimes included deep sea fishing, playing bridge, gardening, watching the horses race at Del Mar and golfing at the Victoria Club where he was a member since 1957. He also loved spending time in Carlsbad,California where he had many friends and enjoyed the ocean and the sight of his kids and grandkids riding the waves. Fred was as sharp as a tack until the day he died and will be missed by all who appreciated his tongue-in-cheek humor, amusing tales from his past, love of Big Band tunes as well as classical music, his measured but sage advice, love of family and enjoyment of the things in life that money can’t buy. Fred was preceded in death by his parents and is survived by his wife of 68 years, Barbara Havens, daughter Candace Havens and husband James Renning, daughter Jennifer Wilson and husband Alan, son Fred Z Havens, III and wife Carolyn; 7 grandchildren, 2 great grandchildren, and sister Harriet Allen. Memorial services will be planned at a later date. In lieu of flowers, the family kindly requests donations in Dr. Havens’ memory be made to the UCR Foundation for the School of Medicine, 1136 Hinderaker Hall, Riverside, CA 92521.