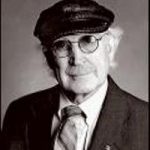 Dr. George William Bagby II – surgeon, inventor, humanitarian, and “force of nature,” died peacefully at his home on December 12, 2016. He was just shy of his 94th birthday, yet was still making plans for the future despite his failing health. The man “who never took NO for an answer” finally acknowledged that it was time to let go.

George was born in Waco, Texas on February 7, 1923. His mother, Rita (nÃ©e Bolger) was widowed three times and married four. George was ten when his father George Sr. died. Rita remarried and moved George and his sister Caryl (Fenton) to Wheaton, Minnesota. George’s stepfather, Jared ‘Doc’ Burton, a veterinarian, mentored George and inspired him to pursue a medical career.

George attended Temple Medical School in Philadelphia, Pennsylvania as an inactive private in the U.S. Army during World War II. At the war’s end he was a general practitioner in Cannon Falls, Minnesota for four years. He married Connie Hanson in 1948 and had the first two of his four children before reenlisting as a captain in the Army. He served as a surgeon at the 171st Evacuation Hospital in Korea.

Returning stateside, George trained as an orthopedic surgeon at the Mayo Clinic graduating in 1956. During that time he designed a self-compressing bone plate for long boned fractures, the first of his many medical inventions.

George is best known for designing and patenting the first metal “cage or basket” to be implanted between two vertebrae to create bone to bone fusion. This device revolutionized spinal surgery by reducing surgical and recovery times for patients. His colleagues regard him as the “father of modern spinal fusion.” The initial Bagby Bone Baskets (BBB) were implanted in horses by George and surgical veterinarian Barrie Grant. The baskets corrected a degenerative spinal disease known as Wobbler’s Syndrome, which caused weakness or paralysis in the back legs. The racing and breeding careers of many horses were saved by the BBB and its successor the Kerf Cut Cylinder (KCC). The most famous recipient of the KCC was the Triple Crown winner, Seattle Slew.

After many successful surgeries in horses, George teamed with Dr. Stephen Kuslich. They developed and patented the Bagby and Kuslich (BAK) implant for use in humans.
Inspired by his Texan relatives, who were Southern Baptist missionaries in Brazil, George used the proceeds of his inventions to support many educational institutions. His greatest achievement was to fund the Nalta Hospital in Bangladesh in partnership with Dr. Ruhal Haque and support from local and international Rotarians.

He traveled to the hospital 20 times always accompanied by an amazing team of devoted and talented volunteers. His family wishes to thank them all for their service.

At 83, George retired but never stopped working on a variety of projects. He has enthusiastically supported the Spokane community for over 61 years by contributing to the Shriner’s Hospital and joining Orthopedics Overseas, Spokane South Rotary, Spokane Valley Lions Club and the Unitarian Universalist Church.

He loved to play the banjo, sing, fish and hunt. He completed the Bloomsday Run countless times. At 90 he walked his last Bloomsday in five and a half hours with only the street cleaners left to watch his gallant finish.

In lieu of flowers, you may wish to make a donation to Mobility Outreach International (formally known as the Prosthetics Outreach Foundation) at mobilityoi.org or at 192 Nickerson Street, #201, Seattle, WA 98109.