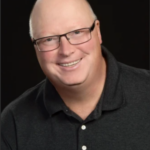 Dr. Gregory Lee Angstman was born March 8, 1956 in Princeton, Minnesota and grew up on the family dairy farm with his loving parents, Vicki and Roger Angstman and three younger brothers. Under God’s grace and love Greg, age 66 died on July 31, 2022.

After graduating from Princeton High School in 1974, Greg attended the United States Military Academy at West Point for 2 years, then the University of Minnesota Duluth, graduating in 1978. Greg married his high school sweetheart, Julianne Lingle on June 24, 1978. The couple moved to Rochester, Minnesota, where Greg graduated from Mayo Medical School in 1982 as a Medical Doctor then completed a Family Medicine Residency at Mayo Clinic in 1985.

Greg’s medical career began at Cambridge (Minnesota) Medical Clinic. In 1991 the family moved to Mantorville for Greg’s career in Family Medicine with Mayo Clinic. He retired from Mayo Clinic in 2019 as an Assistant Professor of Family Medicine. He was very proud of his accomplishments within Mayo Clinic Health System, helping to build and staff clinics and hospitals in several southeastern Minnesota communities. Greg especially enjoyed being a teacher and mentor to family medicine residents, medical, physician assistant and nurse practitioner students. Greg was also proud that his daughter is employed at the Mayo Clinic.

Greg was active in church leadership at Holy Family Church in Kasson, Minnesota and provided medical support on four trips to Mission Honduras. He was a Scoutmaster for Boy Scout Troop 231 helping his sons and their troop with many exciting scouting adventures. A highlight was taking his wife and sons with their troop to Camp Philmont in New Mexico.

Serving 16 years in the Minnesota Army National Guard, Greg achieved the rank of Lieutenant Colonel and commanded the 204th Medical Battalion. His two sons followed in his footsteps and continue to serve in the U.S. Army. Favorite hobbies included guided fishing trips to Canada, family deer hunting, chess, golf, and a life-long passion for reading. Greg enjoyed nothing more than an evening with a book and a bowl of ice cream or popcorn.

Visitation will be at the Byron Funeral Home on Thursday August 11th from 4-7pm. On Friday, August 12th a funeral Mass will be held at Christ the King Catholic Church in Byron at 11am. A luncheon will follow.

After a private interment in the Baldwin Township Cemetery, a memorial service and reception will be held at 2pm, August 13th at Freshwaters United Methodist Church in Princeton MN.

Suggested memorials to the Mayo Clinic Pancreatic Research Center, The West Point Association of Graduates or charity of your choice.

Julianne and children wish to thank our families, dear friends and neighbors for their love, support and endless prayers during Greg’s end of life. The Mayo Hospice team was incredible, as Greg expected. Love and kindness sustain us in immeasurable ways.