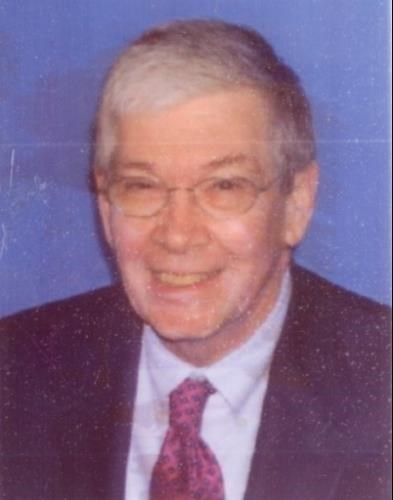 Guy Bryan Dewees, III, Shoal Creek, Alabama, passed away on Sunday, October 13, 2019. He was born in Jackson, Mississippi on November 6, 1937 to Guy Bryan Dewees, Jr. and to Theresa McDill Dewees. He is predeceased by his parents, Guy Bryan Dewees, Jr. and Theresa McDill Dewees; his former wife, Elizabeth Weathersby Barron; his paternal grandparents, Guy Bryan Dewees and Annie Baker Dewees, of Pochahontas, Mississippi; his maternal grandparents, Colonel and Mrs. John Eldon McDill, of Jackson, Mississippi. He is survived by his wife, Anna Weyman Dewees; his children, Jennifer Theresa Dewees Hale (Matthew), Guy Bryan Dewees, IV (Katherine Mays), and Patrick Olan Dewees (Meredith Zeigler); his grandchildren, Frederick Dewees Bolongaro, Elizabeth Katherine Dewees, Carter Patrick Dewees, Sarah Frances Dewees; brother, John Eldon McDill Dewees (Mary Jane); his first cousins, Lacey Biles of Austin, Texas, and Ann Ponder of Griffin, Georgia. His is also survived by his best friend, Ralph T. Lyerly. He was born in Jackson, Mississippi and raised in Pocahontas, Mississippi. He attended the public-school system in Clinton, Mississippi. In the third grade, he transferred to the public-school system in Jackson, Mississippi. He was a member of the Jackson Central High School golf team. He was graduated from Jackson Central High School in 1954 at the age of 16. In that same year, he left to attend the University of Mississippi where he remained until he was graduated in 1958. He was first in his graduate class of 1958. Ole Miss awarded him the Taylor Medal in German. He earned membership in Pi Kappa Phi, Scholarship Key, ODK, and was honored as a Distinguished Military Student. He was also a member of Sigma Chi fraternity. After he was graduated from the University of Mississippi, he attended Harvard Medical School in Boston, Massachusetts where he was a member of the Aesculapian Club. Upon graduation from Harvard Medical School, he served an internship at the Medical College of Virginia, Richmond, Virginia, where he worked under Dr. David Hume and participated in Dr. Hume’s first renal transplant. He then entered the United States Army as a Captain in the Medical Corps. He was transferred to Ft. Sam Houston, Texas where he trained in anesthesiology at Ellington Field Joint Reserve Base/hospital. The army transferred him San Francisco, California to receive additional training to become an anesthesiologist. In 1964, he served in the 43rd M.A.S.H. as Chief of Anesthesiology and General Medical Officer, where they supported the 7th Infantry Division near Uijeongbu Korea. The United States Army awarded him the Defense Service Medal. Upon return to the United States, he attended the Mayo Graduate School where he also served as an intern in Rheumatology. Upon completion of his internship at The Mayo Clinic in December of 1968, he moved to Birmingham, Alabama where he joined The Norwood Clinic and was mentored by Dr. Joseph H. Hughes, a wonderful lead physician and human being. Dr. Dewees was Board Certified in Internal Medicine and in Rheumatology. He was a fellow of the American College of Rheumatology and Service Chair of Internal Medicine at The Norwood Clinic and Carraway Hospital. He was a member of Alabama Chapter of the Alabama Medical Society and Past President of the Alabama Chapter of Rheumatic Diseases. He retired from his practice in December of 2015, after which he worked part time for the Jefferson County Department of Health at Adult Health under the leadership of Dr. David Hicks, Deputy Director for the Jefferson County Department of Health. He was a member of St. Andrews Episcopal Church in Jackson, Mississippi when he resident of the State of Mississippi. He was a member of St. Mary’s-on-the-Highlands Episcopal Church for 50 years. The family of Dr. Dewees wishes to express their appreciation for the excellent care provided to Dr. Dewees by lead oncologist Dr. Kahleel Ashraf; the staff at the Cancer Center; and nurse, David Mason. Dr. Dewees wished to declare that Jesus Christ is his Lord and Savior. Please join Dr. Dewees’ family for visitation on Thursday, October 17, 2019, at St. Mary’s-on-the-Highlands Episcopal Church from 6:30 p.m. to 8:30 p.m. in the Nave. Funeral service will be held at St. Mary’s-on-the-Highlands Episcopal Church on Friday, October 18, 2019, at 10:30 a.m. Interment to follow at the Alabama National Cemetery in Montevallo, Alabama.