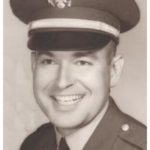 H. Clark Hoagland, M.D. passed away on June 2. He is survived by his family: his daughter, Virginia Garcia, and her husband, Michael; two grandchildren, Jessica and Devon; and niece, Jeanne Thomson.

Following his service to the country, Clark and Ramona settled in Rochester. In 1969, he became a Consultant in Hematology and Internal Medicine. His expertise was in acute leukemia. Clark was a co-founder of the Mayo Clinic Bone Marrow Transplant Program with Dr. Letendre. He was head and then chair of the Division of Hematology and Internal Medicine. Clark received the Henry S. Plummer Distinguished Internist and Mayo Foundation Distinguished Clinician awards. He went on to be councilor and president of the Staff of the Mayo Clinic. Clark had a strong commitment to educating future medical doctors, which led him to chair Clinical Reviews and serve as director of the Hematology Education Program.

Burial will take place at Oakwood Cemetery at 10 a.m. Saturday, June 8. Following the burial, funeral services will be held at noon at First Presbyterian Church, 512 Third St. SW. There will be a reception directly following the service at Frank and Kim Allen’s home, 1161 Ashley Lane, 55902.

The family requests that in lieu of flowers, donations in Clark’s name be made to the MS Society of America or to the National Alliance on Mental Health.

Ranfranz and Vine Funeral Homes is honored to be serving the Hoagland family. To leave a special memory or condolence, please visit www.ranfranzvine.com.