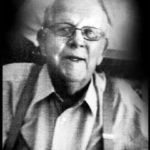 Dr. Harold W. Keenan, 80, of Oshkosh, passed away at University of Colorado Medical Center in Denver on Monday, August, 28, 2017.

Harold was born in Alliance on June 18, 1937.  His parents, Orville P. and Mary E. Keenan, welcomed two children, Eileen and Harold, into their family.  The Keenans settled in the Sandhills north of Rackett. Harold’s early education included School District 71, then grades 6-12 in Oshkosh.  After completing the Chadron College Teacher Education program, he taught school at District 45 East of Lewellen in 1956-1957. Harold graduated with Honors from the University of Nebraska College of Medicine in 1965 and interned at St. Elizabeth Hospital in Lincoln.  He completed two years in the U.S. Public Health Service and was then accepted into the Internal Medicine Residency at the Mayo Clinic in Rochester, MN.

His first medical practice started in Ogallala in 1969.  During his professional time in Ogallala, he was proud to have established a coronary monitoring and treatment unit which was one of the first in this area.  In 1988 Harold was recruited back to his hometown of Oshkosh where he was still working until his recent illness and passing.

He attended St. Elizabeth Catholic Church in Oshkosh.  Harold was also proud of his association with Chadron State College and was instrumental in creating a scholarship for potential medical students.

Harold had many passions in life, the most important being the love of his family and especially the time he spent with his older grandchildren with their various activities and also the joy of getting acquainted with his new granddaughter.  He was a very dedicated Farmer/Rancher and loved all animals.  His medical profession was always very important to him.  He cared deeply for all of his patients, residents, co-workers and community followers, no matter which community he was working in at the time.

Harold married Cheryl Miller of Lewellen on April 21, 1962, in Lincoln, while attending medical school.  Five children were born to the couple:  Patrick, Mary Ann, Ted, Michael and Joe.  Over the years Harold acquired ranch ground in the Sandhills, that he dearly loved, and also farmland near Big Springs.  The family all worked together to make the operation a success.

He was preceded in death by his parents; a brother-in-law, Dean Armstrong; and nephew, James Armstrong.

In Memory of Harold, the family is giving memorial gifts to a Scholarship for area students interested in pursuing a medical career.  Cremation has taken place.  A private family inurnment will take place at a later date.

An informal Memorial celebration for Dr. Harold Keenan will be held on Saturday, September 9, 2017, at the Oshkosh City Auditorium from 1:00-5:00 pm.  Come and share your memories.