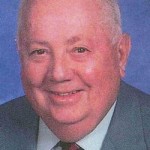 H. Wallace “Wally” Vandever went peacefully to be with the Lord on November 19, 2015, at his home surrounded by his family. He was a long time specialist in Pediatrics and adolescent medicine and infectious diseases. He was born in Kansas City, Missouri on September 18, 1925, the son of the late Harl Fitzgerald Vandever, M.D. and Alma Marie Vandever. He attended Enid High School where he graduated with academic honors, served as the vice president of the student body and was a member of the OK state championship debate team. He received acceptance to Harvard University College of Arts and Sciences and later matriculated at Tulane University, receiving B.S. and M.D. degrees. He was a diplomat of the National Board of Medical Examiners. He interned at the University of Tennessee Health Sciences Center. He received appointment as Assistant Resident in Pediatrics at Harriet Lane Children’s Hospital at Johns Hopkins University.

He served as the medical officer for Naval Air Bases Japan, COM NAV FE Tokyo, Japan, after first completing a course at the Naval School of Aviation and Space Medicine, and the pre- flight and flight syllabuses at the instructor’s basic Training Unit, NAS, in Pensacola, Florida. He served several years in the naval reserve as a medical officer with duty involving flying and retired with the rank of Commander in the United States Naval Reserve.
He received a post-doctoral Fellowship in Pediatrics and Adolescent Medicine at The Mayo Clinic in Rochester, Minnesota, where he was member of the Olmstead County Medical Society, Minnesota State Medical Association and AMA secretary of the North West Pediatrics Society. Dr. Vandever was an active member of the Demolay and the Rochester Masonic Lodge Number 21 A.F. and A.M. at Rochester, Minnesota. He was a member of Rotary International and served as area governor for Southern Minnesota. He also served as area governor in southern Minnesota for Toast Masters International. He served as co-chairman of the Young Republican Organization for the state of Minnesota and served several years as chairman of the Tulane University Alumni Association of Louisiana for the state of Minnesota. He initially received a faculty appointment as instructor in pediatrics and adolescent medicine at the University of Oklahoma Health Sciences Center and was an attending pediatrician at the children’s hospital for many years. He was a consultant in pediatrics to the following Oklahoma City hospitals – Presbyterian, Baptist Memorial, Mercy, Deaconess, South Community and Saint Anthony, where he served as department chairman and a member of the executive committee from 1975 to 1986. During his professional career, he was privileged to serve on numerous boards and committees including president of the Oklahoma chapter of the American Academy of Pediatrics. He was a board member of Children’s Medical Research which is dedicated to endowing chairs in the Department of Pediatrics.

His Fraternities included: Phi Gamma Delta social fraternity, Phi Rho Sigma and Alpha Omega Alpha Professional fraternities and the Society of Sigma Xi. Dr. Vandever had remained active in the Mayo Alumni Association, of which he was a lifetime member, as well as the Doctors Mayo Society. He was a lifetime member of the Navy League and The Santa Barbara Chapter, Military Order of the World Wars.
He married Marilyn Cecilia Cowart in 1967 and the family moved in 2001 from Nichols Hills, a suburb of Oklahoma City, OK, to Montecito, CA, where they made their home. Dr. and Mrs. Vandever were corporate members of Birnam Wood Golf Club and had actively supported various musical and cultural organizations in Santa Barbara including the SB symphony, Community Arts Music Association and the Music Academy of the West. He had served on the board of trustees of the Rehabilitation Institute of Santa Barbara. He enjoyed playing tennis most of his adult life and was a member of the Montecito Mafia Tennis group. He and his wife have been active members of EL Montecito Presbyterian Church where he had served as a Trustee. He is survived by his wife, Marilyn Warren Vandever; two step-sons, John William and Robert Carey Cowart; his son, William Kelly Vandever; his daughter-in-law, Melissa Vandever; two granddaughters, Ava and Amelia Vandever; and numerous nieces and nephews.

Memorial Services in Tulsa will be at the Memorial Park Cemetery Chapel on Monday, November 30, 2015 at 2:00 PM.