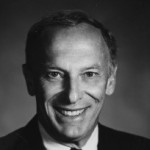 He graduated from Harvard College in 1949 and attended New York University Medical School earning his Doctor of Medicine in 1953.  After an internship in the U.S. Naval Hospital, St. Albans, NY, he served for two years as Ship’s Medical Officer, LCMDR, U.S. Naval Reserve on troop transport ships. He completed five years of medical residency in Internal Medicine and Anatomic and Clinical Pathology at the Mayo Clinic in Rochester, MN.

He joined the staff of the Mayo Clinic in 1963 as the first full-time Medical Director of the Blood Bank and Transfusion Services, an institution that he built over an illustrious 30-year career to be a nationally and internationally recognized leader in transfusion medicine. His deep knowledge and foresight led him to pioneer numerous advances in Blood Banking, Transfusion Medicine and Quality Control adopted world-wide. He served as president of the Minnesota Association of Blood Banks, Minnesota Society of Clinical Pathologists and American Association of Blood Banks, which honored him for his “early recognition of the importance of systems analysis and error prevention . . . long before they were thought necessary by others.” The Mayo Foundation Board of Trustees appointed him the Vernon F. and Earline D. Dale Professor of Laboratory Medicine at Mayo Medical School from 1984 to 1993.

Following his retirement from Mayo in 1993, he was awarded a Bush Foundation Medical Fellowship at the University of Chicago Medical School in the Department of Psychiatry and the Chicago Center for Family Health to counsel families of patients with chronic and life-threatening illnesses.

A devoted husband, father, uncle and grandfather, a man of integrity and honor, and a mentor and advisor to innumerable others, he also was an avid sailor for much of his life, traveled extensively, and enjoyed art, music, theater and film.