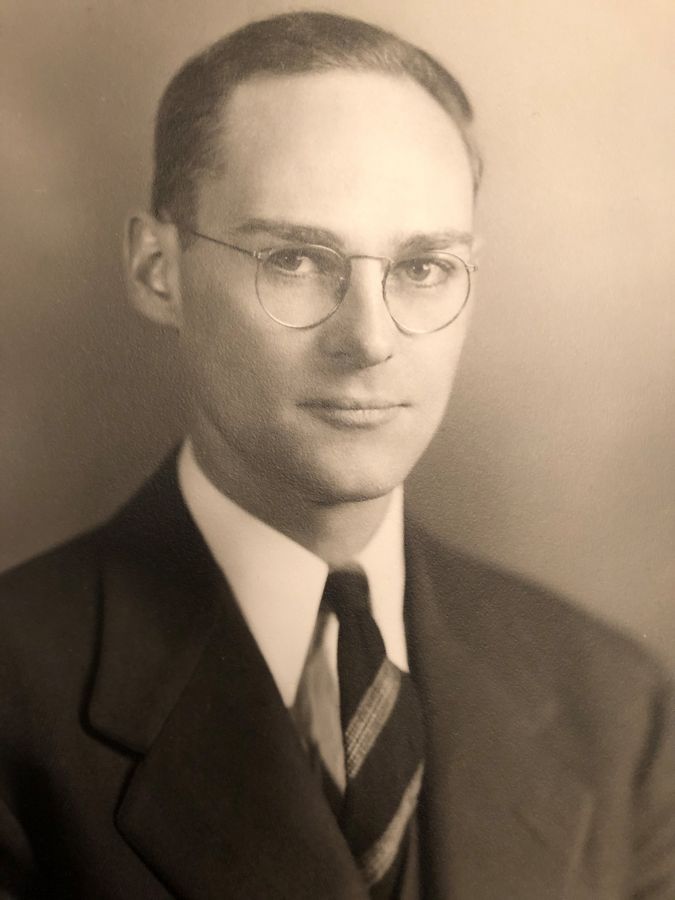 Dr. Ashman was born in Champaign, Illinois to Dr. Richard F. Ashman and Cora Sammis Ashman on 12/29/1917. He was the oldest of four boys. He grew up in New Orleans; Nashville; the family cottage in Santa Rosa, FL; and Bay St. Louis, MS where he graduated high school in 1934. He graduated with a BA from Oberlin College in 1939, then returned to New Orleans where he graduated from Louisiana State University Medical School, affiliated with Charity Hospital, in 1943. He interned at King’s County Hospital in Brooklyn, New York in 1944, where he met his future wife, Alicia (Ali) Wanda Koninska. Dr. Ashman then completed a three year fellowship in internal medicine at the Mayo Clinic in Rochester, Minnesota. He and Ali were married in Rochester in April 1945.

Dr. Ashman joined the Jackson Clinic in Madison in 1948, working in the Internal Medicine Department until his retirement in 1983. He also was a clinical assistant professor at the University of Wisconsin Medical School and was on staff at Methodist Hospital.

Dr. Ashman was beloved by his children and grandchildren. He tried to instill his love of nature in all of them and their good fortune in a world full of injustice and need. He was progressive and closely followed politics. He was a birder, botanist, hiker, cross country skier, and traveller. Dr. Ashman read extensively, especially history, economics and politics, loved the poetry of T S Eliot, challenged himself to maintain a reading fluency in French, German and Latin. He learned all his life and valued education, not for material returns but for enhanced enjoyment of life. He had a keen sense of humor and laughed often. He maintained an extensive vegetable garden in retirement.
His wife, Alicia Ashman, predeceased him in 2016, as did all 3 of his brothers, Richard, Lawrence, and John “Ted” Ashman. Survivors include his four children: Wanda “Wendy” Ashman, Alice Ashman Malacara, Philip Ashman, and Martha (Larry Fay) Ashman, grandchildren Rebecca Grob, Jacob (Jaclyn) Grob, Zoe (Jan Siemaszko) Grob, and 3 great grandchildren, sister-in-law Elizabeth Dudek Ashman, and many nieces and nephews. Special thanks to his devoted caregiver Mogi, wife Una and son Tenuun.

There will be no service but if desired, memorials may be made in his name to the ACLU of WI, Agrace Hospice, the Alicia Ashman Library, The Nature Conservancy of WI or The UW Arboretum.