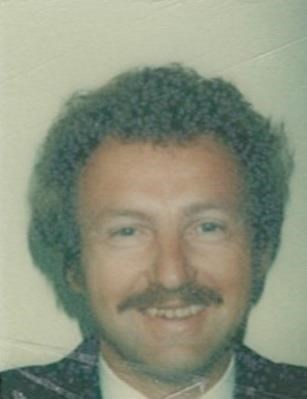 Binghamton – Doctor Ivan Fras, esteemed physician and teacher, beloved husband, father, and grandfather, passed peacefully from this life on June 26, 2020, after a long struggle with Parkinson’s disease. He was 84.

Ivan’s early years coincided with the Nazi occupation of his home country of Slovenia; an only child whose mother died young, he suffered the further trauma of seeing his father (also a physician) sent to a concentration camp for supporting the Resistance movement. These experiences, and subsequent life under the post -war communist regime, left him with a passionate desire to come to America. After graduating from medical school, he was able to secure a position as a physician in a small town in Germany, where he met Inge, his wife of 57 years, and not long after the couple were able to emigrate to the United States. An internship in Cleveland was followed by specialty training in Child Psychiatry at the Mayo Clinic and then at Harvard, where their first child was born. When it came time to set up practice, he chose the Binghamton area where – in spite of the weather – he found a wonderful place to raise a family.

Ivan’s work at the Broome County Mental Health Clinic, the Binghamton Psychiatric Center, and the Broome Developmental Center, among many others, contributed immeasurably to the well-being of local children, youth, and families, at a time when specialists in Child Psychiatry were in very short supply. Building on an early academic career (among other papers, he published groundbreaking work on firesetting in youth), he was constantly learning in his field, and was eventually Board-Certified in no less than five different subspecialties. Teaching future doctors at the Upstate Medical campus in Binghamton was no less important to him: He was granted the title of professor, and an award is to be established in his name, honoring his legacy of compassionate care and commitment to education.

Ivan will be remembered for his kindness and generosity with all who knew him, and as a man of restless energy and many interests. He ran marathons, speculated successfully in finance, enjoyed slapstick comedy, and was at the same time a great student of history and of languages, in many of which he could recite poetry or, alternately, accost unsuspecting strangers in their native tongue. An ardent Francophile (he wrote and lectured in French on the history of medicine), he was a gifted artist and draftsman, and could sight-read music at the piano (or – during one celebrated incident at Independence Hall – the harpsichord..). He loved Winston Churchill, old toys and old cars, Mozart, and countless other wonderful things.

Above all though he loved being a father, and he arranged his life so that he would be able to spend as much time as possible with Inge and the (eventually three) boys, reading to us and having long talks on everything and anything, taking us on summer camping trips and ultimately travelling to Europe with each child upon graduation from High-School. Looking back, he would say that the years when we were young were the best years of his life, a sentiment certainly shared by his children; and although his proudest achievement was to see all of us join him in the field of medicine, the times that shine most brightly in memory will always be those moments from the years before, when he seemed to share all our enthusiasms and to be caught-up in all our joys and sorrows.

A private graveside ceremony will be held Monday at St. Augustine’s Cemetery Silver Lake, PA. Msgr. John Putano will officiate. A celebration of his life will be held at a later date to be announced.

Special thanks to Cathy, Katrina, Suzanne, Pat, Jennie, Sara B., Amber, Sara R. and Linda for the care they provided. In lieu of flowers please honor Dr. Fras by making a gift to the Mental Health Association of the Southern Tier in his memory (MHAST.org). Funeral arrangements are by the Hopler & Eschbach Funeral Home, 483 Chenango St. Binghamton. Please sign his online guestbook at www. HEFUNERALHOME.com