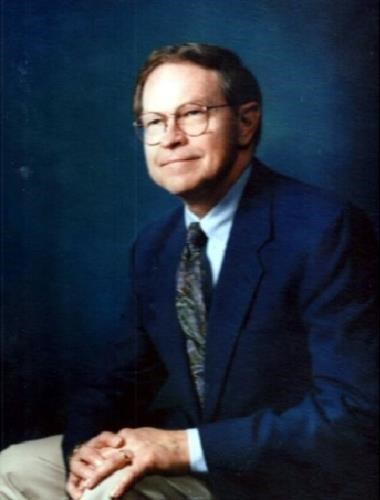 Gladys and J.D. Garrett, and great-grandchild, Garrett Davis. Survived by wife of sixty-five years, Ann; children, Tom B. Garrett (Anne) of Birmingham and Ginger Garrett Druhan (Ross) of Mobile; grandchildren, Blair Druhan Bullock (Wes), Garrett Druhan, Bryan Garrett, Taylor Garrett Welsh (Daniel), Grace Garrett Davis (Brandon), and Mary B. Garrett Cooper (Ben); great-grandchildren, Ellie and Maggie Welsh, Evelyn Davis, and Ann Marshall Bullock; and brother,
Duane Garrett (Sarah) of Lynchburg, VA. Doctor Garrett devoted much of his life to the advancement of gastroenterology. He attended college at the University of Tennessee Chattanooga, where he was a member of the Kappa Sigma fraternity. He then spent two years in the Navy as a Hospital Corpsman stationed in Bainbridge, MD and Charleston, SC. After earning a medical degree at the University of Tennessee, Memphis, he completed his residency and fellowship in Gastroenterology at Mayo Clinic in Rochester, MN. In 1964, he moved to Birmingham and became an associate professor at UAB. His long and meaningful career included opening the GI Lab at St. Vincent’s Hospital, twenty years of practice at Baptist Montclair Hospital, membership in Sigma X Honorary Research Society, founding the Crohn’s and Colitis Foundation of Alabama with Conrad Cypress, and being voted Favorite Doctor by the Nurses of Saint Vincent’s Hospital in 1974. But what Dr. Garrett enjoyed the most about his practice was the relationships he developed with his patients, which is not too surprising because he had the gift of gab. He was a sensational conversationalist who truly got to know his converser. That gift was shared with his Dog Fight at the Country Club of Birmingham, which took yearly golf trips to Cashiers, North Carolina, the members of Shades Valley Presbyterian Church, where he served as an Elder, enjoyed singing in the choir, and teasingly sold bulletins at the door for a quarter, and his retired doctor group who met for lunch every Tuesday-the highlight of the week. In his later years, his talent was also shared through his poetry, books of which he widely distributed with pride. His family will remember the many happy trips to Lake Martin and Auburn football games. They will remember the hundreds of newspaper articles and clippings he sent by mail covered in highlights and his not-quite-legible doctor handwriting. They will remember his signature jokes, which rotated every four or five years, and the numerous wedding toasts-some more successful than others. But mostly, they will remember his true love and devotion to them. Friends and family are invited to a visitation Thursday, June 11, 2020 from 1:00 PM to 2:00 PM at Ridout’s Valley Chapel in Homewood, AL followed by a Memorial Service honoring Dr. Garrett’s life at 2:00 PM. Social distancing requirements will be followed and the family will be wearing mask. A Zoom link will be available at www.ridoutsvalleychapel.com In lieu of flowers please send memorials to Shades Valley Presbyterian Church and the Crohn’s and Colitis Foundation of Alabama.