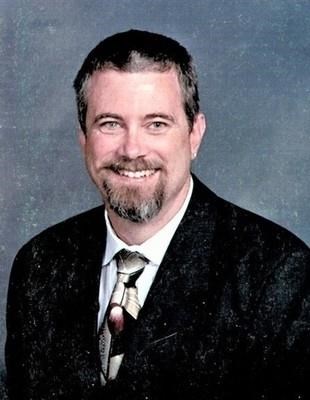 James “”Jim”” Patrick Siepmann, MD, age 59, of Oshkosh, WI passed away peacefully in his home surrounded by family on Sunday, December 22, 2019 after a short, yet courageous two-month fight against pancreatic cancer.

Jim was a father, husband, friend, confidant, physician, scientist, philosopher, inventor, writer, editor, and poet. He was born in Rochester, Minnesota to parents Richard and Mary Siepmann. He graduated from the University of St. Thomas summa cum laude and subsequently from the Mayo Medical School with a residency in Family Practice. Jim joined Family Practice Associates of Oshkosh in 1989 fulfilling a career as a family physician. He was a member of Mensa status and received State Medical Society of Wisconsin Physician-Citizen of the Year Award in 1993. After he was medically unable to continue as a physician, Jim developed an interest in physics by doing research in the areas of Theoretical Physics, Horology, and Optoelectronics which led to various patents and the founding of the optoelectronic timing company LightTime in 2000. He has written research and review papers for EE Times, Laser Focus World, and various IEEE journals/conferences. In fact, he was currently working on a book about heaven and hell; as well as a research paper on prime numbers.
Growing up, Jim often performed experiments in the basement, built forts, played in the woods and enjoyed beating his little sister in games of Monopoly. He often played with neighborhood friends in games of kickball, capture the flag or kick the can. Family dinner times typically ended in debates where a dictionary or encyclopedia was needed to settle the dispute. As family they spent a lot of time down on the farm in Missouri or water skiing and tubing at the cabin in Bone Lake, WI. In high school, Jim played football and wrestling, earning athlete of the year his senior year. He was involved in multiple clubs, with one of his favorites being chess club. During college he received multiple honors and served on many councils and organizations. Jim was an active member of Alpha Lambda Phi Fraternity and often recalled fond memories with his brothers.
To Jim, family was everything. He enjoyed taking his wife and family on vacations, always involving them in new experiences and memories. Just this past year, we were grateful for the times we shared on family vacations to Mackinac Island, Disney World with the grandchildren, and a beautiful fall trip to Superior and the North Shore admiring the changing leaves. Jim was a food enthusiast, known to introduce you to his favorites including escargot, caviar, lobster, sushi and prime rib rubbed with his homemade spices. Jim was a cigar aficionado and enophile, where a fine cigar, glass of wine or scotch were not too far from his hand and enjoyed with a big smile. Jim loved his grandkids that called him “”Bumpa””. Whether he was pretending to sneak up on them, reading stories, golfing, and playing games of cribbage and chess. They were his world.

Jim was a generous man who loved being a doctor and caring for his patients, often reminiscing of his best medical memories and stories. Jim was so kind and always gave back to others and his community. He helped provide tuition to those in need and served to ensure the future of Catholic school education. Jim was driven by his faith and saw the good and God in every person and moment. He lived a life of honor and integrity. Jim will be incredibly missed by all but known for the remarkable legacy he has left behind.

After seeing all of his family, children, grandchildren, nephews, and many friends, he contentedly joined his son Jeffrey Michael Siepmann, his mother Mary Margaret Siepmann, his grandmother Lyla Butcher, and mother-in-law Maxine Ewert in the Light of Heaven with God. He is survived by his father Richard Siepmann; loving wife of 37 years Victoria Siepmann; daughters Justine (Peter) Haslanger, Jenny Siepmann, Jessica (Jordan) Destree and Joelle (Devin) Winter; son Jarett Siepmann; grandchildren Carson and Brynlee; sister Margie (Scott) Tompkins and their children’s families including Josh (Meghan and Lettie) and David (Emma and Gabe) Tompkins.
Jim and his family are grateful to his incredible surgeons, Dr. Robert Weber and Dr. Chey Collura, as well as Dr. John Leschke. They provided Jim with high quality treatment, the utmost bedside care, with kindness extended to the entire family. Thank you to Dr. Bradley Heraly and Dr. David Groteluschen for their oncology expertise. Additional thank you to all the nursing staff that cared for Jim as well as Ascension Home Hospice for the love and compassion they provided Jim in his final days.