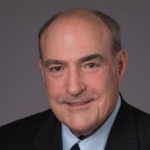 November 13, 2020 Jeffrey John Eckardt, M.D., former Chairman of the Department of Orthopaedic Surgery at UCLA, and Helga and Walter Oppenheimer Professor and Chair of Musculoskeletal Oncology, passed away in his home on November 13, 2020.Born at the U.S. Marine Hospital in Staten Island, New York, he spent the first years of his childhood in Fanwood, New Jersey before moving to Buffalo, New York, and later to Scarsdale, New York. He graduated from Edgemont High School in 1963, receiving the Bausch & Lomb Science Award. He matriculated to Williams College and graduated cum laude in Biology in 1967. His passion for medicine brought him to Cornell University Medical School, where he earned his M.D. in 1971, followed by a medical internship at the New York Hospital and Memorial Sloan Kettering Hospital from 1971-1972.In July 1972, Dr. Eckardt began his military service with the United States Navy. He commissioned as a Navy Flight Surgeon through the Vietnam War-era physician draft program known as the Berry Plan, and completed two deployments to the Western Pacific in 1973 and 1974 with Carrier Air Wing Nine onboard the attack aircraft carrier USS Constellation. He recorded in excess of 30 carrier catapult launches and successful recoveries in the tactical jet aircraft of the day. He remained extraordinarily proud of his military service and the friendships made during that time throughout the remainder of his life. He was promoted to the rank of Commander, and received an honorable discharge in 1980.Dr. Eckardt joined the UCLA Orthopaedic Department in 1975 as an orthopaedic resident, succeeded by a year at the Mayo Clinic for an orthopaedic oncology fellowship, and then served on the UCLA faculty starting in 1980. During his time at UCLA, he pioneered the techniques of limb salvage surgery, now considered to be the standard of care, through the design and implantation of large metal endoprostheses in patients with malignant tumors of the extremities. In his nearly 40 years of faculty service, he built the largest prospectively collected series of limb salvage reconstructions in the United States. He is also well known for co-organizing some of the original trials demonstrating the effectiveness of chemotherapy in soft tissue sarcomas. Dr. Eckardt was named the Helga and Walter Oppenheimer Professor and Chair of Musculoskeletal Oncology in July 2001, and in April 2011 he was named Professor and Chairman of the Department of Orthopaedic Surgery at UCLA, which he held until April 2017. On July 1, 2015 he was promoted to the academic rank of Professor, Above Scale and designated a Distinguished Professor.Dr. Eckardt was a true physician, caring for his patients like they were family. Among his many awards, he was most proud of receiving the Dr. Sherman Melinkoff Faculty Award given annually at the UCLA Medical School Graduation “To the faculty member whose teaching exemplifies his dedication to the art of medicine and to the finest in doctor-patient relationships.” A dedicated physician, mentor, and friend, Dr. Eckardt was a force of nature with a northward moral compass, had an unflinching dedication to his patients and colleagues, and demonstrated an enormous zest for life. His humanity, morality, and work ethic will continue to be memorialized in the Jeffrey J. Eckardt Chair in Orthopaedic Oncology at UCLA established in 2020.He retired from UCLA on June 28, 2019 after 39 years of faculty service. In spite of his considerable research and clinical accomplishments, he always believed that his most important legacy was his family and children.Dr. Eckardt was preceded in death by his parents. He is survived by his wife, three children, and his two grandchildren. He is also survived by his sister, brother-in-law, and their children’s families. A private memorial service with full military honors will be held at a later date.As a final act of service and patient care, Dr. Eckardt requested that in lieu of flowers, donations be made to the Jeffrey J. Eckardt, M.D. Memorial Fund established by the Gary Sinise Foundation.