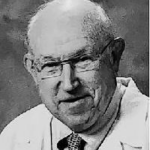 Joseph Irvin Miller, Jr, MD, 81, of Atlanta, GA passed away at home on December 23, 2021. Dr. Miller was born in Winston-Salem, NC to Joe and Evelyn Miller on July 29, 1940. He married his 9th grade Grady High School sweetheart, Louise Rose Miller. After attending Emory University College where he was the student council president, Joe graduated from Emory Medical School in 1965. Then he completed surgical training at the Mayo Clinic and afterwards a cardio-thoracic fellowship at Emory. As a surgeon’s surgeon, he was a tenured Professor and Chief of General Thoracic Surgery at Emory for 36 years; he loved clinical practice and mentoring surgical residents who now work around the country. When questioned, he stated,” I love teaching. I love being around the residents; they keep you on your toes.” In 2010 he received Emory Healthcare’s Second Century Award in recognition of having significant impact on the care of countless Atlanta citizens. He was also on the staff of Piedmont Hospital from 1984-1997 and from 2010-2013 where he earned the Waters Award for clinical excellence. He served on the American Board of Thoracic Surgery for 12 years and served as an examiner for the oral exam for over 18 years. Dr. Miller published more than 165 articles and over 50 book chapters. A highlight of his career was serving as the 50th President of the Southern Surgical Association. Joe was an amazing diagnostician, a technique pioneer, and a humble empathetic clinician.

If you could not find him at the hospital, you might see him at Peachtree Christian Church where he and Louise married and became active members. Joe taught Sunday School for an adult class for over 20 years and served as Chair of the Elders. His passion for biblical knowledge led to an extensive collection of religious books surpassing most church libraries. At work, at home, or with friends, he was always modeling his Christian faith.

Without realizing it, Joe developed a “medical ministry” taking interest in others’ health problems. He would reach out, make house calls, and touch base daily; Dr. Joe was always “on call” for family, friends, and friends of friends.

His favorite place in the world was Wrightsville Beach, NC. Joe lived there as a child and later had a family beach house. An avid reader, he enjoyed reading on the front porch and waving at people walking “The Loop”. Joe loved Georgia Tech football, skiing, photography, and golf with family and friends. He was happiest when he was with Louise; they experienced marvelous trips together even braving the Arctic Circle.

A memorial service will be held on January 15, 2022 at 11:00 AM at Peachtree Christian Church with reception to follow at the church. Arrangements are being made by H.M.Patterson and Son at Oglethorpe Hill Chapel.