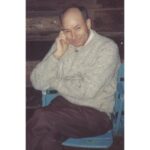 DR. JOHN WESLEY BOSSARD, 95, formerly of Fort Wayne, Indiana and Middletown, Maryland, passed away on Monday, September 9, 2019, at Brookdale Chenal Heights in Little Rock, Arkansas.
Born August 5, 1924 in Hagerstown, Maryland, he was the son of John F. and Hattie Summers Bussard and brother to Ruthanna Bussard Wenzel. He married his wife of more than 50 years, Mrs. Esther Bossard, on August 26, 1946.
He graduated from Middletown High School, Duke University and received his medical degree from the University of Maryland Medical School. He was trained in general surgery at University Hospital in Baltimore, Maryland and neurosurgery at Mayo Clinic in Rochester, Minnesota. From 1958 to 1994, he established and operated a neurosurgery practice, providing 36 years of service to patients. During his career, he served as a staff physician at many hospitals including Parkview Hospital, St. Joseph’s Hospital, Lutheran Hospital, and Caylor Nickel Clinic Hospital in Indiana.
Throughout his life, he had a great love of learning. In 1978, he was presented with the Continuing Education Award from the American Medical Association before it became customary. Following retirement, he and his wife traveled the United States, eventually settling in Little Rock, Arkansas to be near his daughter and grandchildren, where he would later audit classes at Pulaski Technical College for many years.
He is survived by his three children, Dr. Robert Franklin Bossard, M.D., Dr. David Alan Bossard, D.D.S., and Janet Patricia Jordan, and two grandchildren, Kathleen Lauren-Jordan McCullough, and John Ryan Jordan.
He was preceded in death by his wife, Esther Grace Bossard in 1997, his youngest son, Donald Edward Bossard, in 1991, and his sister Ruthanna in 1988.
Donations may be made to the Christ Reformed Church, Memorial Fund, P.O. Box 333, Middletown, Md., 21769.
Donald B. Thompson Funeral Home, Middletown, Md., is in charge arrangements.