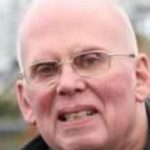 .John was born on August 29, 1931 in Escanaba MI. He was the youngest child of Henry Joseph Beaumier and Lillian Helen Belanger Beaumier’s 6 children.

John attended Northern Michigan University from 1950 to 1954 where he majored in Chemistry and played linebacker for the football team. After graduating from college John enrolled at the Marquette University School of Medicine, where he earned his Doctor of Medicine Degree in 1958. While in medical school John was enrolled in the Navy’s Ensign Program. He completed his internship and worked as a physician for the U.S. Navy until 1962. His naval career included assignments as a medical doctor at naval hospitals in New London, CT; Portsmouth, Virginia; the Island of Crete in the Mediterranean Sea; The USS Intrepid and the Great Lakes Naval Hospital in Illinois. It was during this period that John married his wife of 58 years, Mary Jane McKenna The two were wed on July 2, 1958.

After fulfilling his military obligation John successfully completed a residency in orthopedic surgery at the Mayo Clinic in Rochester, Minnesota. He would spend the next 35 years as a highly respected orthopedic surgeon in Marshfield, Wisconsin; Grand Forks, North Dakota and Rochester, Minnesota where he finished his career as a staff physician for the Department of Orthopedics at the Mayo Clinic.

During his decades long career he would impact the lives of many patients and their families, earning their respect as well as the respect of his physician and nurse colleagues. Before his career was over he would also lead five overseas medical missions, providing orthopedic surgical care and equipment to the impoverished people of Bangladesh. He also took opportunity during these missions to teach and instruct young Bangladeshi doctors the orthopedic skills necessary to care for their own people. His dedication and humble demeanor would allow him to positively impact the lives of so many people in so many ways. He will truly be missed by those who knew him well.

Visitation: 3:30 pm-7pm, with a memorial service at 4 pm on Thursday, May 25th at Lakeshore’s Elsing Chapel, 4000 London Rd, Duluth, Minn. A Mass of Christian Burial will be at 11AM Saturday, May 27th at St. Joseph’s/St. Patrick’s Catholic Church in Escanaba, MI. Visitation will be from 9-10:30 AM at Anderson Funeral Home in Escanaba. Local arrangements by Dougherty Funeral Home, Duluth, 218-727-3555