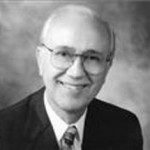 John R.F. Penido, MD, died January 6, 2016 at his home in Pasadena, California at the age of 92. He was born and raised in Rio de Janeiro as Joao da Rocha Fragoso Penido, a descendant of the city’s Portuguese founders in 1565. With a medical degree from the Universidade do Brasil, Dr. Penido came to the U.S. in 1947 for post-graduate training in Los Angeles, Minneapolis and at the Mayo Clinic in Rochester. He began his private practice in Los Angeles in 1959, and performed the first open heart surgery in the San Gabriel Valley in 1961. After 31 years at the Huntington Hospital, including a year as President of the Medical Staff, he retired in 1990. During his 55 years in the Pasadena area, his community involvement included the US Power Squadron, Pasadena Rotary Club, Board of Trustees of Westridge School, Session of La Canada Presbyterian Church, Huntington Library Special Docent, Twilight Club and the Pasadena Chapter of the International Wine and Food Society, where he was awarded the Andre Simon Bronze Medal. He is survived by his wife, Joyce, children John and wife Lucy, Tony and wife Carol, and Marcia and husband Louis Bonnabel, six grandchildren and two great-granddaughters. A memorial service will be held on Saturday, January 23rd at Noon at La Canada Presbyterian Church, followed immediately by a celebration of life at a private club in Pasadena. In lieu of flowers, donations may be made to The Huntington Library, c/o Advancement Office, 1151 Oxford Road, San Marino, CA 91108 or via huntington.org/giving. Please specify J. Penido/Docent Education Fund.