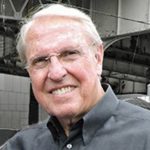 Kiser, Dr. Joseph C. ‘Joe’ 86, beloved husband, father, grandfather, friend and colleague, passed away peacefully on Thursday, April 11, 2019 at his home in Santa Fe, New Mexico. By his side were Laura, his wife of 28 years and his little canine buddy “Fred Kiser.” Joe was preceded in death by his sister Norma Lea Snyder and Pamela, his wife and loving mother of their four children. Joe is survived by his daughters, Jody (Dickie) Flood of London, UK, Dr. Wendy (Rich) Nazarian of Excelsior, MN, and Meg Kiser McGowen of Chanhassen, MN; his son J.C. (Mary Beth) Kiser of Wayzata, MN; his 9 grandchildren, Hayley, Charlie and Hugh Flood, Nicholas and Natalie Nazarian, & Corbin, Maddie, Katie, and Carson Kiser; his sisters in-law Mary (Bob) Felechner and Lee Anne (Paul) Gunderson; his brother in-law Robert Snyder; & his 10 nieces & nephews. Joe was born in 1932 in West Virginia to Thelma and Elijah Kiser of Parkersburg. Talented and industrious, Joe was a decorated student, vocalist, wrestler and football player at Parkersburg High School. He received a wrestling scholarship to Northwestern University but lacking the means to pay for transportation Joe had to hitch-hike to get there. After his studies at Northwestern, in 1953 he went on to attend the University of West Virginia Medical School then graduated from the University of Chicago Medical School in 1957. Joe subsequently interned at Minneapolis General Hospital and the University of Minnesota and trained in general and thoracic surgery at the University of Wisconsin – Madison and at the Mayo Clinic in Rochester, Minnesota. After completing his training, Joe became a pioneering surgeon in private practice in Minneapolis and was a founder of the Minneapolis Heart Institute. Among Joe’s broad and immense interests were the study of art, history, archeology, and geology. He loved to fish, golf, play tennis, and especially to sail on the open Caribbean Sea with Laura. Throughout his life he traveled the world over with his family and on numerous medical missions to the Far East, Greece and the Mediterranean, and Africa. In 1969, during the Vietnam War, Vietnamese children with heart defects, known as “the blue babies” (a consequence of tetralogy of Fallot), struggled for breath and life. Joe and his partner Dr. Frank Johnson, whose son was a surgeon stationed in Da Nang, felt a compassionate need to intervene in these children’s lives and arranged for them to be flown to Minneapolis for surgery. In the aftermath of those first few operations, Joe and his partners founded the Children’s Heart Fund. Now known as Children’s HeartLink, the organization has evolved into a world-wide medical mission whereby doctors and medical volunteers travel around the globe to treat needy children and train medical staff in their own countries. In 2018, Children’s HeartLink and its associated hospitals in over 25 countries served over 135,000 children and the organization is now in its 50th year. Among the numerous awards and recognitions Joe received over his 50-year professional career were the American Legion Auxiliary Humanitarian of the Year Award, the distinguished honored cross of St. Dionysios Aeropagritis from the Archbishop of Athens and Greece, a special accommodation from the Korean Ministry of Health, the Ellis Island Medal of Honor, a Joseph C. Kiser day in Parkersburg, WV, being asked to testify before Congress on behalf of the children of the Vietnam War, and a feature story on ABC’s Good Morning America. Known for his leadership, compassion, and love of learning, Joe will live on in the hearts of all those he touched. A memorial service will be held at 11 am on Friday, May 10 at Wayzata Community Church, 125 Wayzata Blvd E, Wayzata, MN, with a reception to follow. In lieu of flowers, the family requests that donations be given to Children’s HeartLink: childrensheartlink.org